Electric buses are melting in sun, too expensive to fix, transit official says

An electric bus manufactured by Proterra caught fire in a southern California city that is now considering taking the electric buses off the road, according to government records.

The Foothill Transit agency, which serves the valleys surrounding Los Angeles, will decide on Friday whether costly Proterra buses purchased in the last decade are still operable. Problems cited by the agency include not only the bus that caught fire in what's described as a "thermal event," but also buses that melt in the California heat and have transmission failures. Roland Cordero, the agency's director of maintenance and vehicle technology, says the problems with the buses are exacerbated by Proterra's inability to help with repairs.

"With the number of failures we are experiencing and the inability of Proterra to provide parts, these [Battery Electric Buses] BEBs will only get worse as we continue to operate them whenever the BEBs are available for service," Cordero wrote ahead of Friday's executive board meeting, where the agency will debate taking Proterra buses out of service.

The electric bus company, which has been hailed by the Biden administration as the future of mass transportation, has seen its stock plummet in the last month as reports pile up about problems with its product. In Philadelphia, mechanical failures and weak battery performance forced city officials to shelve buses received as recently as 2019. In Duluth, Minnesota, the buses were taken off the road because their brakes couldn't handle the city's hills. The publicly known failings of Proterra's buses have not deterred key members of the Biden administration, including the president himself, from touting the company on multiple occasions.

A Foothill Transit spokeswoman initially told the Washington Free Beacon the "thermal event" referenced in the report refers to a Jan. 9, 2020, incident in which a Proterra bus caught fire while connected to its charger. After publication of this article, the spokeswoman corrected her statement to say the bus did not combust while charging.

"I had the wrong information," the spokeswoman said in an email. "Bus 2004 was involved in a fire NOT related to charging.  The fire started from the right lower front dash area (near the entrance door) where the drivers heater/defroster area are located."

The spokeswoman added that the Proterra bus was a Fast Charge BE35, and that "there is currently litigation regarding that event." The agency was unable to provide further information about the lawsuit.

The agency's report complains that parts for the buses it purchased are "difficult to obtain" and that expired warranties force the transit agency to pay tens of thousands of dollars for "advanced technology parts."

The report says some of the Proterra buses have remained out of service for up to 275 days due to an inability to get replacement parts.

The report notes that Proterra's problems are unique to the electric vehicle buses, which have been much more trouble than the company's fleet of compressed natural gas-fueled rivals.

"The plastic interior panels, front wheel well cabinets, and driver bulkheads in the [Proterra buses] have deformed due to exposure to heat and sunlight," the report notes. "We have never experienced interior panel deterioration in our fleet of [compressed natural gas] buses."

Foothill Transit was one of Proterra's earliest customers, purchasing its first fleet of buses from the company in 2010, shortly after Proterra received federal money through the Obama administration's stimulus package. Two of the first Proterra buses acquired by the transit agency are now off the road and "have only been used for operator training due to its very poor build quality and reliability."

A Proterra spokesman would not comment on the "thermal event," but said Foothill Transit's problems are with the earliest generation of the company's buses.

The "thermal event" Proterra experienced in California isn't the first time one of its buses melted down. In 2015, a prototype Proterra bus exploded at the company's South Carolina facility. Fire investigators say the explosion likely started with the bus's tires—only one tire was found after the fire was extinguished. "They blew out because the bus was on fire," a fire department spokesman said. "That caused the tires to blow. We don't know if the bus was the origin of the fire or if another origin caused the bus to catch on fire."

The executive meeting to discuss the fate of the troubled buses is on Friday morning.

Update July 26, 9:00 p.m.: This story was updated with additional comment from Foothill Transit regarding the cause of the bus fire.

Proterra Prepares to Cash In on Democrat Spending Blitz 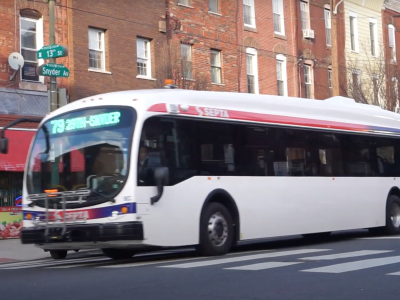 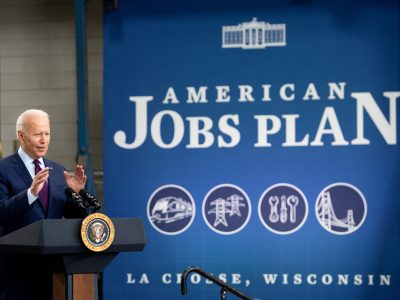