White House climate envoy John Kerry was photographed without a face mask while walking through Boston Logan International Airport on Monday morning—the second time he has been snapped apparently flouting the mask mandate during air travel this year—according to photographs obtained by the Washington Free Beacon.

In photos, Kerry can be seen walking through an airport body scanner without wearing a mask. The source who provided the photos said they were taken at 11:41 a.m. on Monday at Logan Airport.

Kerry previously denied that he went maskless on an American Airlines flight after a picture emerged in March, calling the image "malarkey" and claiming his mask slipped momentarily. 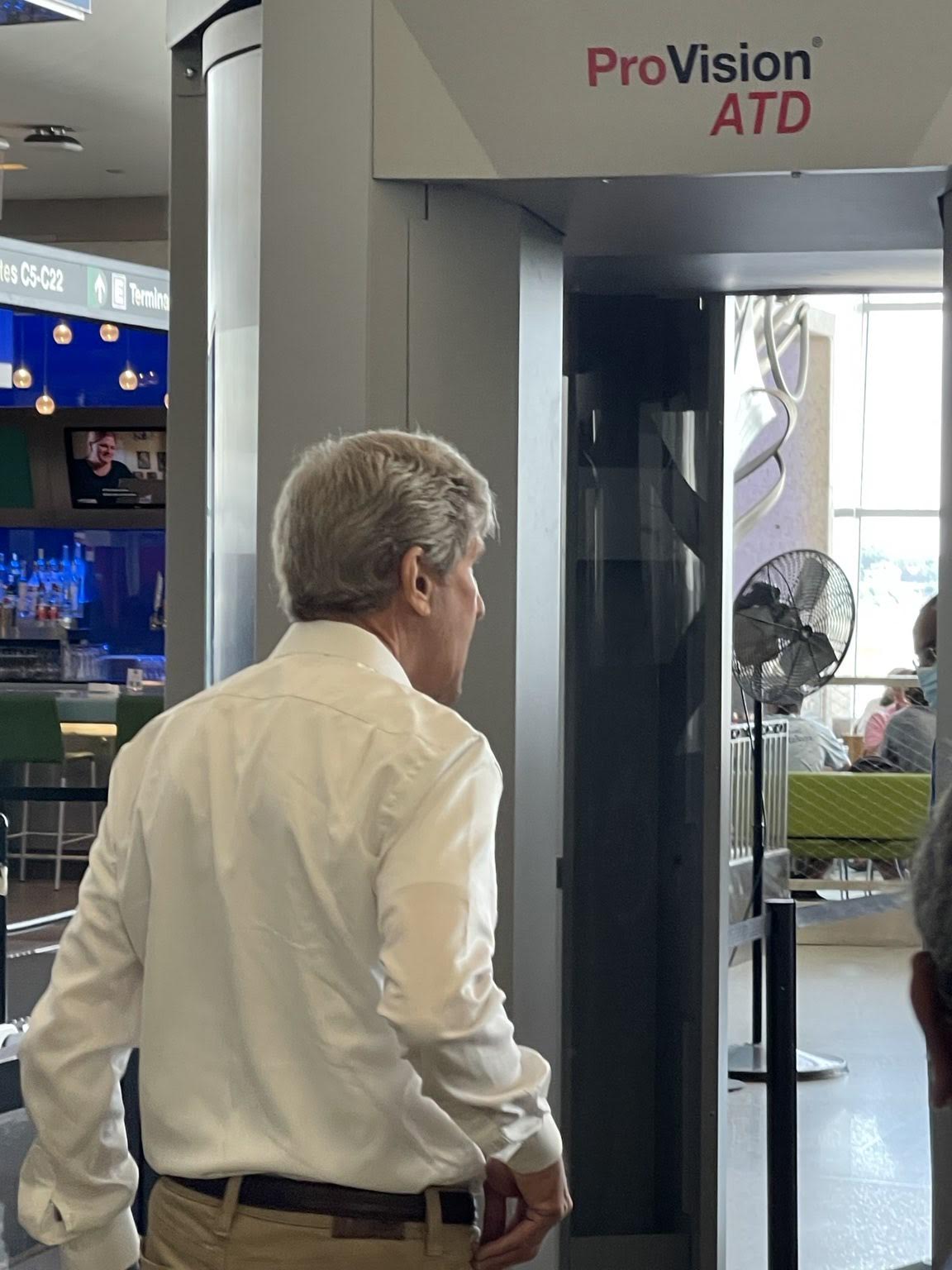 A spokeswoman for Logan Airport told the Free Beacon that masks are required "any time someone is inside the airport or on an aircraft," including during security screening, in accordance with the TSA mandate.

The White House did not respond to a request for comment. President Joe Biden appointed Kerry last year to serve as his special presidential envoy for climate, a cabinet-level position.

Biden implemented the TSA airport mask requirement through an executive order in January. As part of the mandate, TSA said it would recommend a $250 fine for first-time violators and an up to $1,500 fine for "repeat offenders."

A spokeswoman for the TSA declined to comment on the specific incident but told the Free Beacon the requirement "remains in effect" on planes and in airports and "applies to all passengers, save for those specifically exempted in the security directive"—passengers under the age of two, for example, or those who have health issues that would preclude them from wearing face coverings.

Kerry denied breaking the mask mandate in March, after photos of him going maskless on an American Airlines flight were published by the Tennessee Star.

"Let’s be clear: If I dropped my mask to one ear on a flight, it was momentary," Kerry wrote in a Twitter post on March 17. "I wear my mask because it saves lives and stops the spread. It’s what the science tells us to do."

Kerry’s press office did not respond to a request for comment. A spokeswoman for the State Department, where Kerry’s office is based, declined to comment.