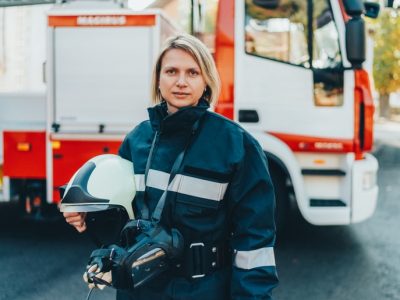 The Education Department in April hosted a webinar on supporting transgender and nonbinary students that featured a Denver public school teacher who says women don't produce eggs for ovulation.

Sam Long, a biology teacher at Denver South High School, said during the event that teachers must "clean up" their language of gendered terms, including "males are more likely to be colorblind" and "women produce eggs."

"It's not women that produce eggs: It's ovaries that produce eggs," Long said. "We're teaching students that language matters. We're not just talking about imaginary people and living things."

The webinar is further evidence of the Biden administration's embrace of radical gender ideology. In June, the Department of Education proposed changes to Title IX that would abolish sex-separate spaces in school, including in bathrooms and locker rooms. The guidance would also make misuse of gender pronouns a form of sexual harassment.

During the webinar, cohosted by the Centers for Disease Control and Prevention, Long highlighted his website, genderinclusivebiology.com. The site, which offers lesson plans and language guides for "nonbinary educators," was featured in the Education Department's Best Practices Clearinghouse last year. The clearinghouse, launched four months into Biden's term, provides resources for educators with "a distinct focus on expanding equity," according to its webpage.

According to an Education Department spokeswoman, the April webinar was hosted by the National Center on Safe Supportive Learning Environments, which is funded by the department's Office of Safe and Supportive Schools.

The National Education Association has highlighted Long's work as an educator and transgender person.

"I grew up learning that a baby is made when a sperm cell from the dad meets the XL from the mom and that's not good enough," Long said in a post on NEA's website. "For today, that language doesn't represent our diverse genders, sexualities, and families in our schools."

Long's thinking has grown increasingly popular among Democrats in recent years. In a surprising display of the administration's support for gender nonconformity, Biden's Supreme Court pick Ketanji Brown Jackson refused to define what a woman is during her confirmation hearings.

"I can't. I'm not a biologist," Jackson said in March.