Collin Anderson and Matthew Foldi
May 5, 2021

Energy secretary Jennifer Granholm is not the only prominent Democrat with financial ties to an electric bus company repeatedly boosted by the Biden administration, documents reviewed by the Washington Free Beacon show.

Nicholas and Joby Pritzker—members of Illinois Democratic governor J.B. Pritzker's megadonor family—own nearly 12 million shares of ArcLight through their venture capital fund, Tao Capital. ArcLight in January announced a $1.6 billion merger with Proterra, which will see the electric vehicle manufacturer go public in 2021. Granholm served on Proterra's board for nearly four years and still holds up to $5 million in company stock.

National Economic Council director Brian Deese is also tied to Proterra through BlackRock, the investment giant where he worked as global head of sustainable investing before joining the Biden administration. BlackRock is one of several investment firms that pumped a combined $415 million into the Proterra merger, and Deese reported holding more than $2.4 million in BlackRock vested restricted stock in his February financial disclosure. These investors are posed for steep gains, as ArcLight's stock price has surged 50 percent—from $11.90 to $18 per share—since January.

The revelations come as congressional Republicans demand investigations into potential conflicts of interest between the Biden administration and Proterra, which could receive billions in taxpayer funds through a proposed infrastructure package. Rep. Ralph Norman (R., S.C.), who serves as ranking member on the environment subcommittee of the House Committee on Oversight and Reform, told the Free Beacon that "the American people deserve to understand the full extent of Secretary Granholm's involvement with Proterra."

"Her position of roughly $5 million in the electric car company Proterra is another unfortunate example of politicians using their position for personal gain," Norman said. "Due to the President's recent unveiling of a $2 trillion infrastructure package, this matter should be investigated thoroughly."

"Proterra manufactures half of the U.S.'s electric bus market, which is pretty amazing," Biden national climate adviser Gina McCarthy said at the event. "And as you know, funding for electric school buses is a priority in the American Jobs Plan." McCarthy went on to ask Allen "what role" the federal government can play in "spurring the demand for zero emission electric vehicles, including school buses." Granholm also spoke at the summit.

The White House did not return a request for comment on Deese's BlackRock holdings as well as the director's role in planning events with Proterra. As a top BlackRock executive, Deese led an investment team tasked with identifying "sustainable" investment opportunities, according to his online bio. A BlackRock spokesperson said Deese "was not involved" with the Proterra investment.

The Pritzkers, meanwhile, will own between 6 and 7 percent of Proterra once the company goes public, SEC documents filed by ArcLight reveal. Nicholas Pritzker is one of two Tao Capital executives with "sole voting and dispositive power" over the Proterra shares. The investment firm, which did not return a request for comment, first backed Proterra through a $10 million stake in 2014. Granholm joined the bus company's board three years later. During her tenure, Tao Capital co-led another $155 million investment in Proterra.

"We at Tao are proud to support Proterra in its mission to bring forth a clean, electric transportation ecosystem," Nicholas Pritzker said in 2018. The firm's website touts the likes of Proterra, Tesla, and Bird as part of its "alternative transportation" portfolio. 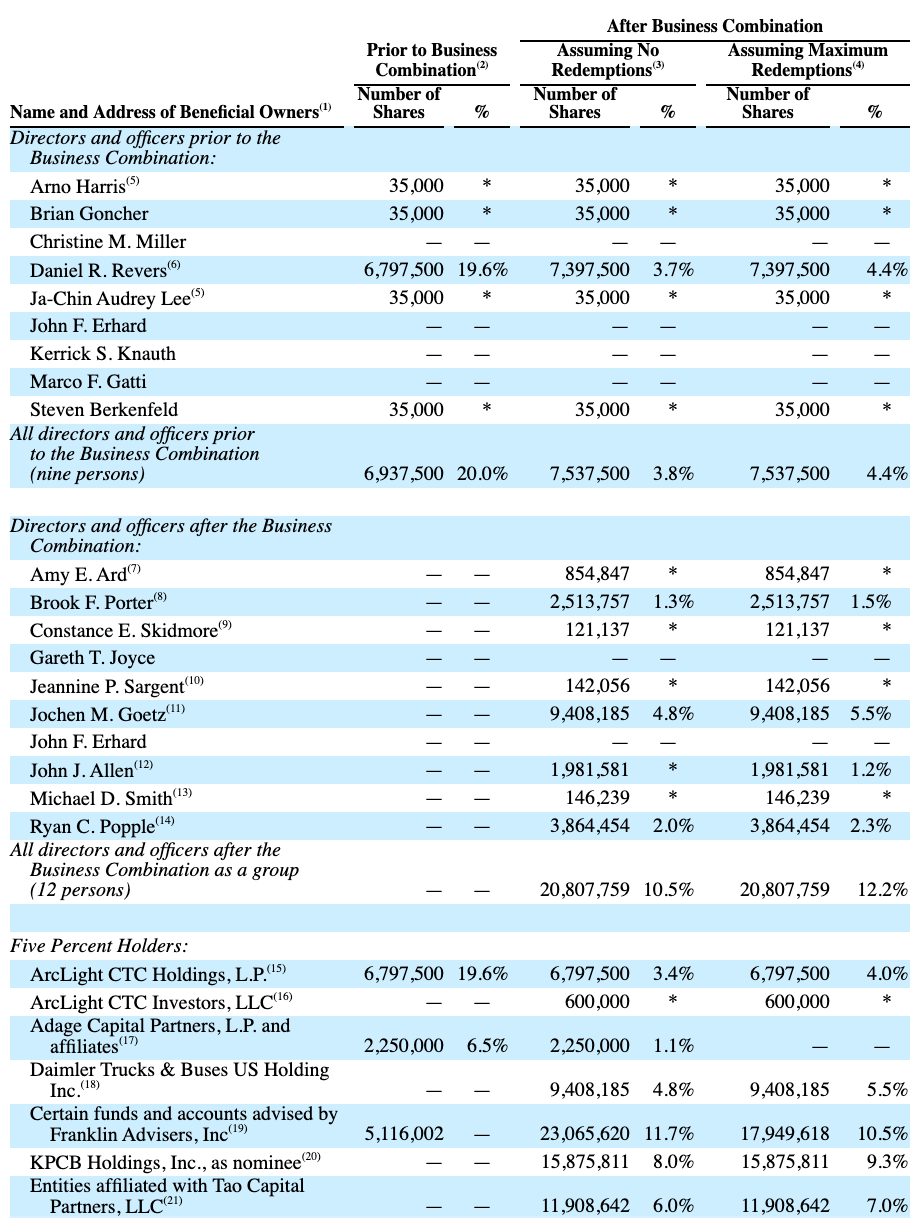 Nicholas Pritzker and his wife Susan are prolific donors to Democratic candidates and causes. In the 2020 cycle alone, Susan Pritzker—a Tao Capital director—was the 95th largest donor in America. She contributed more than $3 million to Democrats in disclosed money, according to the Center for Responsive Politics. Nicholas Pritzker has given at least $1.9 million to Democrats in direct contributions, including maximum contributions to Biden's campaign and victory fund, FEC filings show.