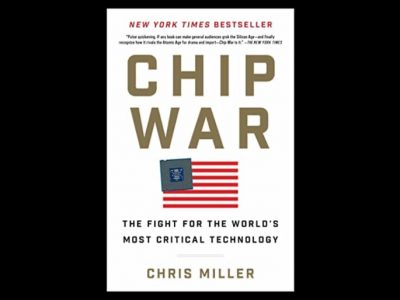 President Joe Biden will nominate privacy advocate Alvaro Bedoya to the Federal Trade Commission, a move signaling the administration’s intent to crack down on big tech.

A professor and founding director of the Center on Privacy & Technology at Georgetown University, Bedoya has criticized big tech and called on Congress to regulate facial recognition technologies commonly used by law enforcement. His nomination signals the Biden administration’s willingness to expand the scope of the FTC, an independent federal agency that enforces antitrust and consumer protection laws. If confirmed, Bedoya will solidify a Democratic majority on the Biden FTC, which voted in July to expand its authority to go after big tech.

Newly installed FTC chair Lina Khan has called on the agency to target powerful tech companies, even if they don’t technically qualify as monopolists. In her brief tenure as chair, Khan has moved to consolidate power at the FTC. Earlier this summer, Khan successfully pushed to make it easier for just one commissioner to open an investigation into corporate practices, meaning commissioners can pursue pet enforcement projects without buy-in from other commissioners. She has also instituted a gag order on FTC employees, saying the agency's resources are too strained to justify external speaking engagements.

These changes give individual commissioners greater authority to target companies directly. Bedoya and Khan have both publicly criticized major tech platforms, and Bedoya’s work has focused on facial recognition and drone tools. Bedoya has been particularly critical of companies that provide tools for immigration enforcement, calling them the "technology behind ICE’s brutality." FTC commissioner Rebecca Slaughter has focused on curbing race and gender bias in commonly used algorithms.

Some antitrust lawyers worry the FTC’s attempts to reign in big tech are out of bounds. Khan has pursued a lawsuit against Facebook that some more traditional antitrust experts have called an overreach.

Bedoya has served as chief counsel for the Senate Judiciary Subcommittee on Privacy, Technology, and the Law and worked for Sen. Al Franken (D., Minn.). If confirmed, Bedoya would replace Rohit Chopra, an aggressive antitrust advocate who has been nominated to lead the Consumer Financial Protection Bureau. Democrats currently hold a 3-2 majority on the FTC board of commissioners.

House Democrats last week proposed increasing the FTC’s funding by $1 billion to support a new privacy division, which Bedoya would likely be involved in.