Rapper Kanye West's presidential campaign on Friday brought legal challenges against the secretaries of state in West Virginia and Wisconsin, alleging that they had violated West's constitutional rights by denying him access to their presidential ballots in November.

In the filings, West and his running mate, Wyoming-based preacher Michelle Tidball, allege that West Virginia has given them no avenue of appeal for the thousands of signatures it struck from their ballot petition, while election regulators in Wisconsin allegedly locked the West campaign out of a building until just seconds after a 5 p.m. deadline.

The new filings follow West's first ballot access suit, brought in Ohio and first reported in the Washington Free Beacon. Gregg Keller, a political veteran and West campaign adviser, told the Free Beacon that this was just the beginning.

"Kanye is running to compete, to win, and ultimately, to change the nation and world for the better," Keller said. "We'll have aggressive efforts on all fronts: legal, political, grassroots, PR, and otherwise, to ensure Kanye can do so."

The barrage of legal actions suggests that West remains undeterred in his quixotic campaign for the presidency. Whether or not state secretaries will deter him is a different matter—despite the legal barrage, West still risks reaching an insufficient number of voters to clear the 270-vote electoral college threshold.

West's latest legal wrangling began Friday afternoon with a suit filed in federal court in West Virginia. West was previously denied access to the ballot after the secretary of state's office struck over 8,000 of the 15,000 signatures he presented to it, leaving him 760 short. In the suit, West's campaign argues that the state abridged his constitutional rights by denying him a venue to appeal any of these strikes; he seeks relief from the federal courts to permit him to contest the denials.

On Friday evening, West's campaign filed another suit in Wisconsin. That challenge contends that West campaign officials arrived to drop off the nominating petition only to discover the Wisconsin Election Commission's doors locked; they were let in, the campaign claims, but just 14 seconds after the 5 p.m. filing deadline. In a legalistic turn, the campaign argues that the commission's denial is an unconstitutional seizure of power because 5 p.m. and 14 seconds qualifies as "5 p.m." for the purposes of the relevant state statute.

Both of these challenges follow West's first legal salvo in the state of Ohio, where he has argued that his ballot petition was invalidated on a meaningless technicality. In the coming days, West is likely to file challenges against other states, including his home state of Illinois, which have denied his petitions to appear on their ballots.

That still leaves the rapper and fashion mogul with a great deal of electoral distance to cover, however. One poll found that West would draw just 2 percent of the vote nationwide—behind other recent third-party contenders, such as 2016's Gov. Gary Johnson (L.), who collected 3.8 percent, or Ralph Nader (G.), who in 2000 won 2.8 percent, neither of whom carried a single electoral vote. 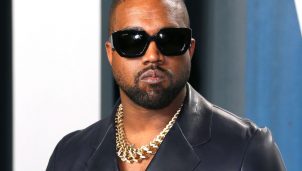