Critics of a professor on an American college campus claim that he is using assignments in class to indoctrinate students to oppose criticism of radical Islam.

Professor Hatem Bazian, who teaches at the University of California, Berkeley, is requiring his students to tweet weekly on Islamophobia, according to a column in the Toronto Sun.

Several students said they were uncomfortable with the assignment and felt it was "unethical." One student reportedly said, "I can’t help but feel this is unethical. This is his agenda, not mine."

Another requirement of Bazian’s class, entitled De-Constructing Islamophobia and History of Otherness, is for students to get reactions from "people of color" on ads critical of radical Islam placed by Pamela Geller, author of the blog Atlas Shrugs.

"The very idea that he is surveying ‘people of color’ about my ads is ridiculous and offensive. Jihad terrorism is not a race. The Islamic oppression of women, gays, and non-Muslims is not a race. What has Hatem Bazian ever said or done in defense of the non-Muslim ‘people of color’ who are victimized by Islamic jihadists in Nigeria, Egypt, Syria, Iraq, Pakistan and elsewhere?" Geller said in an email to the Free Beacon.

Nonie Darwish, cofounder of FormerMuslimsUnited.com and the author of The Devil We Don't Know; The Dark Side of Revolutions in the Middle East, said she is "glad that students found Professor Hatem Bazian’s assignment unethical and agenda-oriented."

"Bazian appears to consider those who criticize Islam as Islamophobes. He is marking people like myself and many other former Muslims who escaped life under oppressive Sharia law as some kind of nuts who have unreasonable fear," Darwish said.

"American parents who get in debt to educate their kids are cheated with indoctrination instead of education of their kids," Darwish said.

"While I did see the initial article published on this topic which incorrectly, and I may say, underhandedly implied that I am forcing students to write positive comments about Islam or direct them on what they should write—that is totally false and the article is ideologically driven and not my own course."

Bazian said students are required to send one post a week on a topic related to the class.

"They are graded on undertaking the posting, but not its content as they have the complete freedom on what topic or issues they would like to write."

Students in his class, according to Bazian, are welcome to make the "argument that Islamophobia does not exist and they are graded on the soundness of their argument and supporting evidence rather than the actual thesis statement they made."

The University of California, Berkeley did not respond to a request for comment.

"We have a wide range of columnists who express many views on a number of topics. Professor Bazian was contacted before this column ran by Tarek Fatah and his comments were included in the piece," Goldstein said in an email.

Goldstein said the "impetus for the column, as Fatah explains, was that a student in Professor Bazian’s class contacted him expressing concerns about the course content."

Bazian has a history of inflammatory comments. He called for an "intifada" in the United States before stating in an interview with Bill O’Reilly that the remarks were taken out of context.

Bazian was also affiliated with KindHeart, a group shut down after it was suspected of raising money for Hamas. The Treasury Department found the group had ties to the terrorist group in 2006. Bazian was listed as a speaker for a KindHeart event to raise money for "Palestinians in agony." The group just settled with the Treasury Department in 2012. 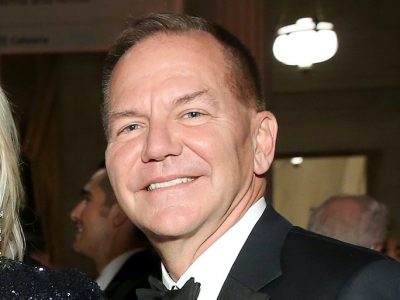