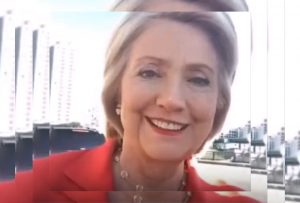 Failed politician Hillary Clinton has officially become an easy punchline for even the dullest of the establishment Democrats running for president in 2020. 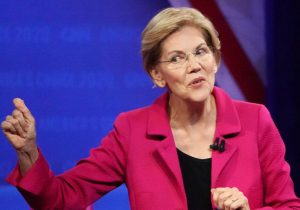 Democratic presidential candidate Senator Michael Bennet (Colo.) called out fellow candidate Senator Elizabeth Warren (Mass.) for selling new government programs on the campaign trail without offering proposals on how they will be funded. 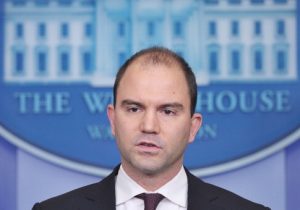 Ben Rhodes, President Obama's national security adviser, said on Monday that Obama sought to use the United Nations as a vehicle to isolate and pressure the Jewish state. 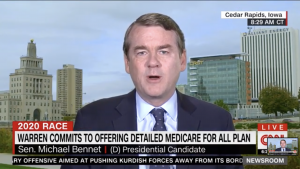 Presidential candidate Sen. Michael Bennet (D., Colo.) on Monday took aim at Sen. Elizabeth Warren (D., Mass.) for being dishonest about her Medicare for All plan, blasting her as a "coastal elite" for coming up with plans "that don't make sense in the middle of America." 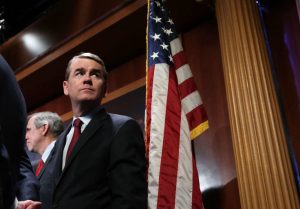 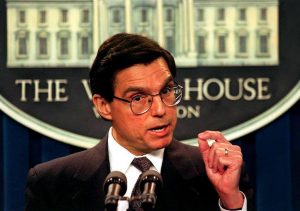 Former Denver mayor and Clinton secretary of the Department of Transportation Federico Peña endorsed Joe Biden for the Democratic nomination for president, giving his fellow Coloradans the cold shoulder. 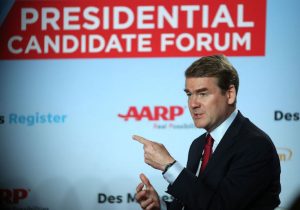 Senator Michael Bennet (D., Colo.), a struggling Democratic presidential candidate, urged his party and its supporters to not buy into the promises of Sen. Bernie Sanders's (I., Vt.) Medicare for All proposal. Bennet said the majority of the party does not support such a vast overhaul of the healthcare system in a podcast interview released Tuesday. 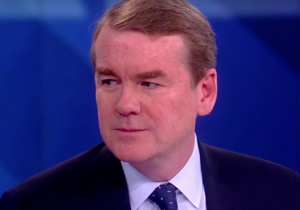 Sen. Michael Bennet (D., Colo.) warned that his fellow 2020 presidential candidates were out of step with the public on illegal immigration Thursday, suggesting they didn't support a secure border. 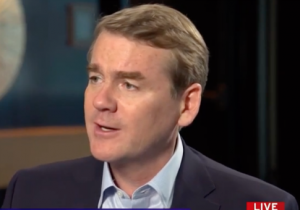 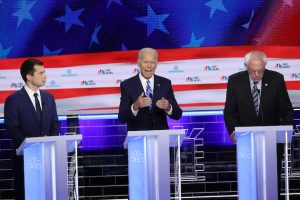 Joe Biden has led the national polls in the race for the 2020 Democratic nomination since last year. He's ahead in the first three contests, also, with leads ranging from 7 points (Iowa) to 13 points (New Hampshire) to 28 points (South Carolina). He's first in fivethirtyeight.com's endorsement primary. And though he didn't launch his campaign until the second quarter of 2019, at which point Bernie Sanders had raised the most money, his nonstop fundraising schedule, and great first-24-hours number, suggests that his second-quarter haul will be impressive. Going into tonight's Democratic debate, there was no reason to doubt Biden's status as the Democratic frontrunner.
Previous Articles »