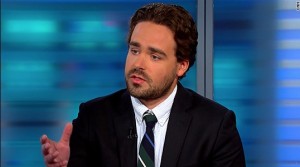 CNN.com falsely reported Tuesday that Weekly Standard editor Bill Kristol agreed with Donald Trump's proposal to stop all Muslims from entering the United States, and the site did not correct the story until nearly 12 hours later when a conservative journalist pointed out the error.

A former Obama aide conceded Sunday that some Democrats would have difficulty running on the president's signature healthcare law in November.