Happy Columbus Day! Honoring an Immigrant Entrepreneur Who Risked It All to Change The World

Happy Columbus Day, everybody! Today we honor the immigrant entrepreneur who founded America, the most disruptive startup in the history of the human race.

Christopher Columbus, aka Cristoforo Colombo, the son of a cheese salesman, worked his way up from humble beginnings to become the most famous explorer the world has ever known. Centuries later, President Donald J. Trump would follow a similar path to success. A devout believer in Christianity as well as science, Columbus sailed the ocean blue with nothing but a dream in his Atlantic-sized heart, and found the Promised Land itself.

The Italian-born hero, who at one point in history would have been considered a person of color, risked everything for a better life in parts unknown. More importantly, Columbus delivered for his investors. On October 12, 1492, more than two months after setting sail from Spain, the immigrant explorer set foot on San Salvador, less than 300 miles from what would eventually become the U.S. military detention camp at Guantanamo Bay.

In recent years, Columbus has been the victim of a smear campaign by radical leftists who applaud the success of some hardworking immigrants—Alexander Hamilton, for example, who was of Anglo-Saxon heritage—but not others. Henry Kissinger, Rafael Cruz, and Melania Trump have also been targeted by libs.

That's regrettable. America truly is a nation of immigrant entrepreneurs, a progressive legacy that started with Columbus, whose daring voyage not only changed the course of human history but also ensured a better life for his family as well as his business partners. His courage should be celebrated, not "put into proper context." Go on, then. Celebrate! 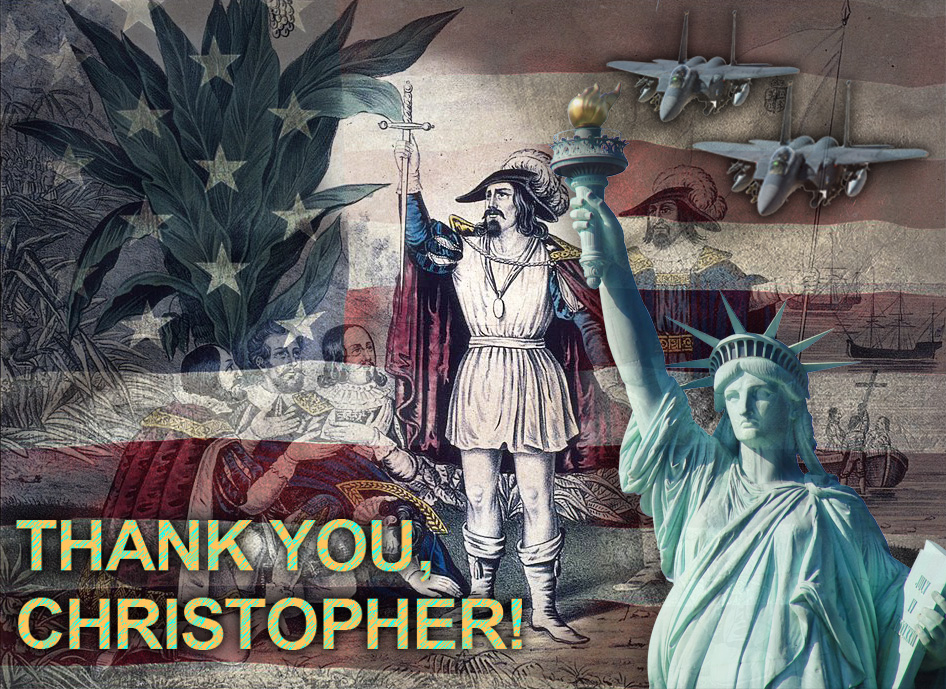