The executive braintrust of the Washington Free Beacon, a site popular among pro-freedom advocates, said in a memo on Wednesday the company would support staff members who engage in certain political activities, a shift from the stance journalists often pretend to adopt in hopes of avoiding the appearance of partisanship.

In a companywide encrypted email decoded and reviewed by the Free Beacon, executive ombudsman and chief human relations officer Biff Diddle said, "First, let me say we are legally obligated to support and encourage you to exercise your so-called ‘rights' to free speech. If you're arrested or meet harm while exercising these rights, the Free Beacon will stand behind you, seek vengeance through appropriate channels, and use the Bullion Reserve to cover your bail or assist with medical bills."

The announcement comes as media outlets across the country struggle to confront the fact that many of their younger employees view journalism as indistinguishable from political activism and reject as old-fashioned the notion that reporters should at least maintain a pretense of objectivity.

The New York Times, for example, has an ethics policy advising its journalists not to "march or rally in support of public causes or movements" or publicly take positions on public issues because "doing so might reasonably raise doubts about their ability or The Times's ability to function as neutral observers in covering the news."

The same newspaper also saw its opinion page editor resign for failing to spike an op-ed authored by Sen. Tom Cotton (R., Ark.) that some Times staffers considered too "dangerous" to publish.

As it happens, reading the New York Times opinion section was among the newly approved political activities outlined in Diddle's memo, which represents a radical departure from existing company policy. The other approved activities are as follows: 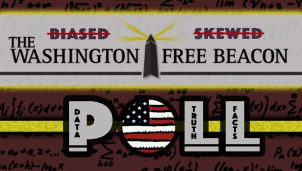