The Democratic nominee for the governor of Texas has not run a single advertisement on Facebook, a fact Republicans say demonstrates the campaign is hopeless despite claims to the contrary from the Democrat party.

Because of the recent controversy over Russia's meddling and attempts to influence the 2016 election particularly through social media platforms, Facebook now provides a search engine that archives political advertisements. A search using that tool for Lupe Valdez, the Democrats' nominee in Texas, shows a single ad that ran for her May 23-24, had a budget of less than $100, and was paid for by an outside entity, the Democratic Coalition Against Trump.

The search also showed she was mentioned in a secondary manner via advertisements for a candidate running for a state senate seat.

Compare Valdez's lack of Facebook advertising to that of the Senate campaign for Democrat Beto O’Rourke, also running for a statewide office. A similar search shows approximately 190 results, the earliest of which date back to May 20. Some of those ads had budgets of between $1,000 and $5,000.

Republicans say the lack of a Facebook presence runs counter to Democrats in the state who were claiming as recently as two weeks ago that a "blue wave" was rising, and that Texas was a "single-digit state."

"As earned media becomes less influential, digital campaigns are where most resources should be geared on a campaign," said Mark Miner, the chief of the Texas office of McQuireWoods Consulting, and who also served as a former communications director for former Governor Rick Perry.

"The fact that Lupe Valdez has an anemic presence shows you that either they don’t understand the current political climate or the impact that digital media could have," Miner said. "It’s another example of either lack of effort or common sense."

A request for comment from the Valdez campaign was not returned.

Valdez is the first openly LBGTQ person to be nominated by a major party for governor in Texas, and previously served four terms as the sheriff of Dallas County from 2005-2017, according to the biography on her campaign website.

When Valdez was still in a primary battle for the nomination in mid-May, her campaign had about $258,000 cash on hand after filing amendments to their previous disclosures, according to the Texas Tribune. The same report said incumbent Governor Greg Abbot had a war chest of roughly $41 million.

The 2018 campaign will be the first in which candidates' Facebook advertising can be tracked easily and conclusively not only by the media and the public, but by a campaign's political opposition as well, which could provide strategic insight.

The Valdez campaign was also recently ensnared in a bit of controversy after the Houston Chronicle unearthed public records showing Valdez, "owes more than $12,000 in overdue taxes on seven properties in two counties." Valdez had been "campaign[ing] to close loopholes in the state's broken property-tax system," according to the report. 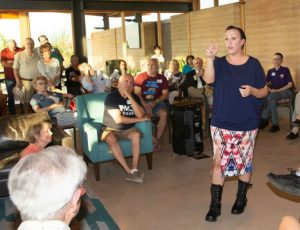 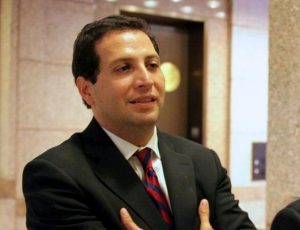 Cocaine-Carrying Texas Dem Turns Himself In