Sherrod Brown Goes Off: ‘If Stacey Abrams Doesn’t Win in Georgia, They Stole It’

Speaking in front of the left-wing advocacy group National Action Network, Brown said he would "never give in on voting rights" and accused Republicans of illicitly winning the contentious governor's race in Georgia. Republican Brian Kemp leads Abrams by nearly 60,000 votes and has repeatedly called on her to concede the race.

"If Stacey Abrams doesn't win in Georgia, they stole it," Brown said. "It's clear. I say that publicly. It's clear."

Brown railed against "voter purging" in Ohio, and he also accused Georgia of closing rural precincts to disenfranchise blacks, although local elections officials say the methods were meant to save taxpayer money.

Abrams and progressive groups have filed multiple lawsuits to extend certification deadlines and count previously rejected provisional ballots, but she still needs to gain at least 17,000 votes on Kemp to get him below the 50-percent threshold and force a runoff.

In addition to Abrams attempting to become the first black female governor in U.S. history, the race has drawn national attention because of progressive accusations that Kemp, the former Georgia secretary of state, engaged in systematic voter suppression. The Weekly Standard reported such accusations were not borne out by the facts.

Brown was re-elected to the U.S. Senate in Ohio last week, although Republicans found success in other statewide races there. He is considering running for president against President Donald Trump.

When Trump claimed without evidence after his 2016 election victory that millions voted illegally for his opponent Hillary Clinton, Brown ripped him on Twitter for peddling "nonsense" and "damaging the public's faith in our democracy."

"Your choice to spread false conspiracy theories and to claim millions of fraudulent votes is not only unbecoming of a gracious winner, it is downright dangerous to our democracy," Brown wrote. "There is no evidence—zero—of any large-scale voter fraud in the United States. Not in this election and not in any presidential election in recent memory.

"Peddling this nonsense and stoking these fears undermine our system of government –and your own election, damaging the public’s faith in our democracy." 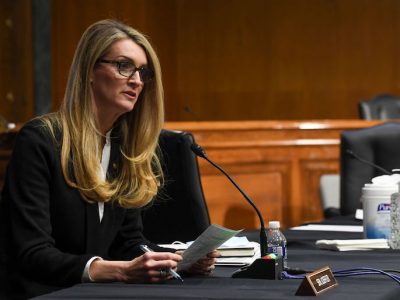