The model best known as "Sad Woman," whose image was used by Democrats in Arizona to falsely represent a victim of Republican Doug Ducey’s Cold Stone, is now being featured as a victim of something far worse: transvaginal mesh implants.

The Goldwater Law Firm is using the same photo of "Sad Woman" from stock image agency Getty Images to represent a woman who received a transvaginal mesh implant and is suffering from "serious complications."

Here she is in the law firm's ad: 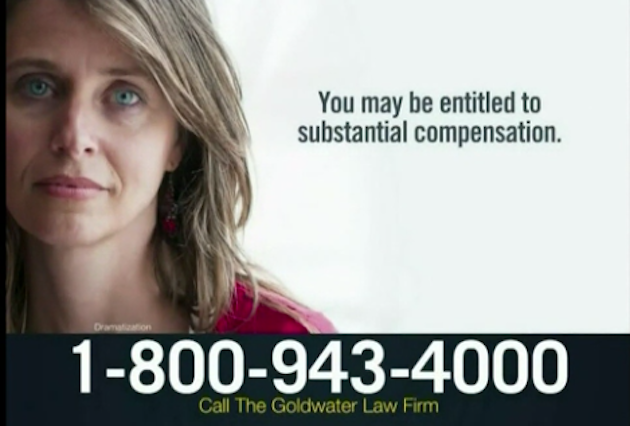 A new ad in Arizona attacks Republican gubernatorial candidate Doug Ducey, the former CEO of Cold Stone, for causing a group of the chain’s franchise owners to "lose everything." However, all the victims presented in the spot are just stock photos from Getty Images. […]

The ad begins with four forlorn faces of former Cold Stone franchise owners who "lost everything" because of Ducey’s "dishonest business practices."

The hitch is that in reality nobody presented in the ad ever owned a Cold Stone franchise or lost anything because of Ducey.

The ad’s first person image, presented with the caption,  "What if you lost everything?" was found to be a generic "Sad Woman" on Getty. The other woman presented in the ad also is a Getty "Sad Woman."

Here she is in the super PAC attack ad: 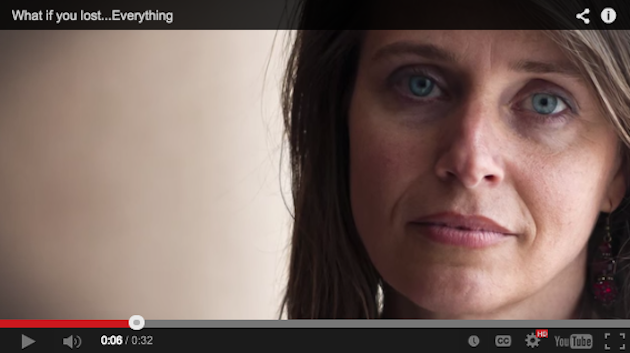 Neither Restore Arizona’s Future PAC or "Sad Woman" could be reached for comment.