In the wake of the anti-Semitism scandal involving Rep. Ilhan Omar (D., Minn.) that rocked the Democratic Party last week, Omar's close friend and fellow Muslim representative Rashida Tlaib was discovered following an Instagram page that posts images depicting Jews as rats, vampires, Nazis, the plotters of the 9/11 attacks, and members of global conspiracies that control finance and media.

Tlaib's Instagram page has 244,000 followers but follows only 1,080 accounts, suggesting her follow of the anti-Semitic page was intentional and not the result of a practice of following back her followers. The page, called free.palestine.1948, is largely devoted to posting anti-Semitic memes and images about Jews and comparing Israelis to Nazis. Tlaib's following of the account was first disclosed by the Capital Research Center.

Since the disclosure, reports the Capital Research Center, Tlaib unfollowed the free.palestine.1948 account.

Below are screenshots captured by the Capital Research Center. 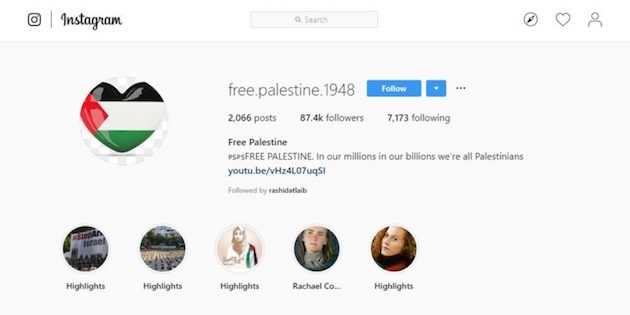 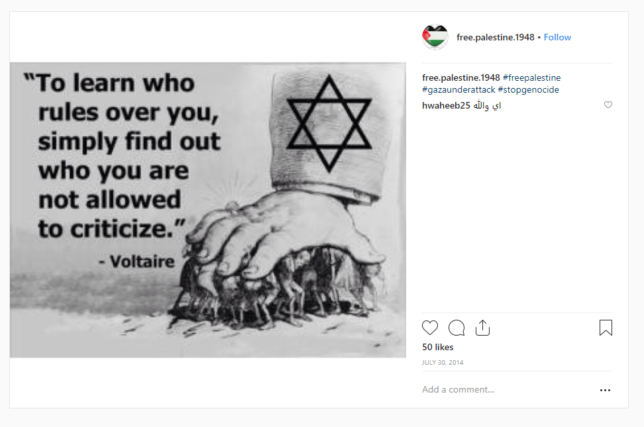 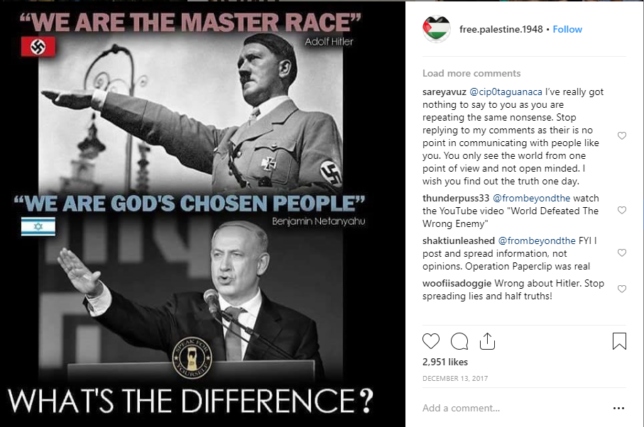 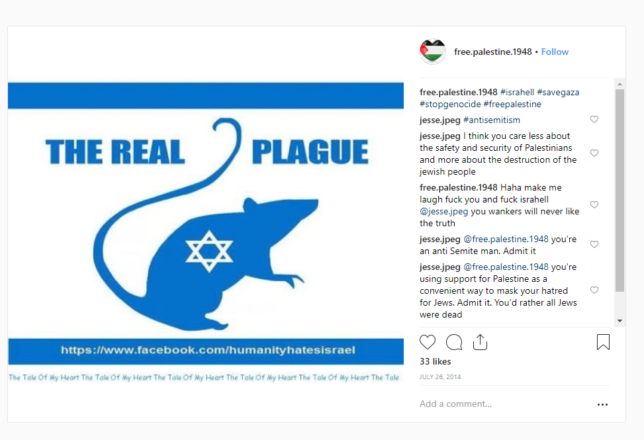 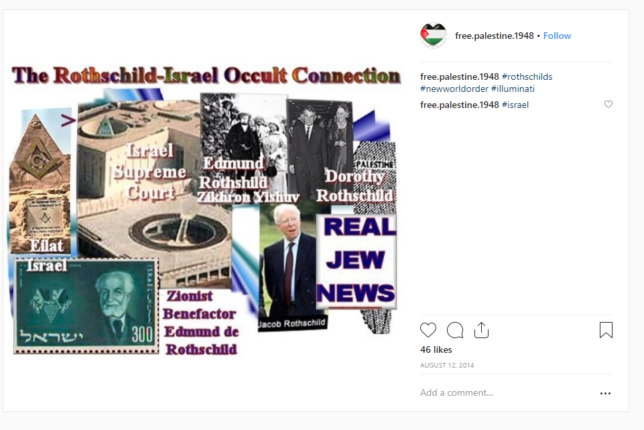