California Republican Young Kim, potentially the first Korean-American woman to be elected to Congress, received less media coverage in the run-up and follow-up to the 2018 election than similarly historic Democratic candidates.

It's important to note that some of the disparity can be explained by the fact that Kim has still not been declared the winner of her race, where she is currently holding a small lead over her Democratic opponent Gil Cisneros. The Washington Post‘s list of "historic firsts of the 2018 midterms," for example, notes that "This list will update if additional races are called." Kim may receive a new surge of coverage if she wins the race.

But even before Election Day, the Associated Press omitted Kim from their list of possible "barrier-breaking officeholders" while including the other five women. The Washington Post penned pieces about "How the Trump era gave us Congress’s first Muslim woman" and "Native American women candidates seek historic wins in November," but didn't run a profile about Kim or the historic nature of her race. Vox‘s midterm election widget allowed readers to track returns for "Historic races" and "Women 2018"; both lists excluded Kim.

Kim's numbers are even more surprising considering she had the benefit of being in a contested race close to a major city in the most populous state. Nearly a third of her mentions in major newspapers came from the Los Angeles Times (19), while a candidate in safe seat in a far-flung district like Rashida Tlaib received more mentions in the New York Times (21). (Ocasio-Cortez also benefited from disproportionate coverage from the New York press.) 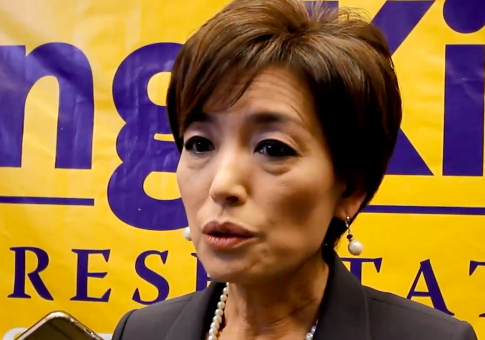 Kim, Cisneros Accuse Each Other of Vote-Counting ‘Misconduct’