Pennsylvania Democratic Senate candidate Katie McGinty is being accused by opponents of planting a woman previously associated with the campaign at a campaign event and pushing the woman's story to the press.

Nicole King, a single mother working as a law clerk, was part of an intimate McGinty campaign stop at a Pittsburgh diner and was featured in the Pittsburgh City Paper‘s coverage of the event.

The campaign used King to push McGinty's policy on student debt to the Pittsburgh City Paper. She said during the event that her student debt is around $175,000 and that she was "doing everything [she] was supposed to be doing."

"I am working hard, raising a child, and going to school," King was quoted as saying. "What is being done to help me with my student loans?"

The article went on to say that McGinty "sympathizes with King" and used her story to explain her plans to allow students to refinance their loans at low interest rates.

The event was the start of McGinty's statewide diner tour, designed for McGinty to listen to what a diverse group of "hard-working Pennsylvanians have to say."

Running into King on this diner tour, however, does not appear to be an accident.

The Toomey campaign contacted the Pittsburgh City Paper to alert it to the fact that King lists herself as a "campaign associate" for the McGinty campaign.

King's Facebook profile, which has now been removed from the social media site, writes that King "works at Katie McGinty for U.S. Senate."

Her profile's cover photo is an image of McGinty speaking with President Bill Clinton and Vice President Al Gore, which has been used by the McGinty campaign itself. 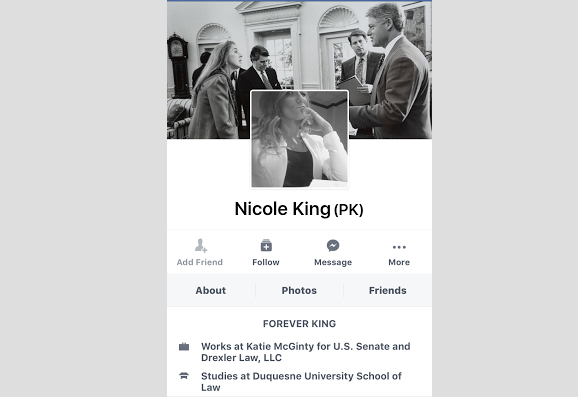 It was not just the reporters that chose to highlight King. On the day of the event, McGinty tweeted a picture of King on her Twitter account as part of a call to "raise wages."

The McGinty campaign told the Pittsburgh City Paper that despite King's claims on social media, she has never been a staffer for the campaign and was just an "overzealous" campaign volunteer.

The campaign did not respond to a Washington Free Beacon request for comment.

"It's remarkable how inauthentic Katie McGinty's campaign actually is," said Steve Kelly, a spokesperson for the Toomey campaign. "Instead of answering basic policy questions and engaging with the public, McGinty has run a substance-free campaign reliant on the Democratic Party machine."

McGinty has won the support of the Democratic establishment but has been unable to establish herself as the frontrunner in a contested primary against former congressman Joe Sestak and Braddock Mayor John Fetterman.

Just last week, the chairman of the Pennsylvania Democratic Party said that Fetterman would be the "toughest candidate" for Republicans to defeat in a general election. 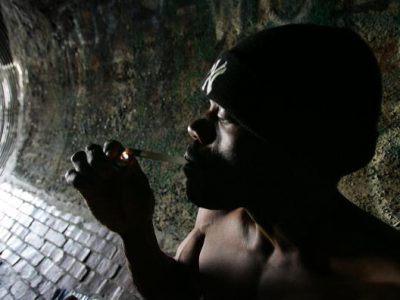