Haines left the ABC daytime talk show in late July to co-host the third hour of "Good Morning America" with Michael Strahan, prompting rumors to swirl shortly afterwards about Huntsman replacing her. Huntsman's move was confirmed in a statement Tuesday, and the show's senior executive producer Hilary Estey McLoughlin said they're excited to welcome Huntsman and have "an exciting season."

"She brings her unique life and professional experiences and has a smart, relatable and distinctive point of view on everything from pop culture to politics to parenthood," McLoughlin said. "We can't wait to return to the Hot Topics table with Abby joining our panel of incredibly talented women whose diverse voices have always played a significant role in the national conversation."

Huntsman also said she is ecstatic about returning to her "professional roots" with ABC.

"I couldn't be more excited to return to my professional roots at ABC News," Huntsman said. "I look forward to adding my own point of view to the most interesting and successful talk show on television today. Joining the women at ‘The View' really is a dream come true!"

Abby Huntsman's journalism career started when she worked at ABC News as a correspondent in 2012. She went on to work at MSNBC and Fox News.

Huntsman will join McCain, Whoopi Goldberg, Sunny Hostin, and Joy Behar, who are all returning. 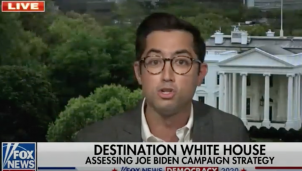