The chief of staff to former Rep. Corrine Brown (D., Fla.) has pleaded guilty to fraud after being indicted for using charitable funds to benefit himself.

Brown and Elias "Ronnie" Simmons, the former congresswoman's chief of staff, were indicted in July 2016 on 24 counts of fraud stemming from a sham foundation established by Brown.

Brown's Virginia-based organization, One Door for Education, received $800,000 over a four-year period. The funds were meant to pay for college scholarships for disadvantaged students and computers for Florida schools. Only two checks totaling $1,200 went toward charitable purposes during that period.

Instead, the organization's money was spent to personally benefit Brown, Simmons, and the group's president, Carla Wiley, who pleaded guilty to conspiracy to commit wire fraud in March 2016. More than $200,000 was used to purchase NFL tickets, luxury vacations, car repairs, and plane tickets, and to throw upscale events.

Simmons admitted that he used his position to employ a relative in a government position, Circa.com reported. There is no record that the relative did any work for over $700,000 in salary payments between 2001 and 2016.

Simmons faces a maximum penalty of 30 years in prison and a $500,000 fine. However, Simmons' attorneys believe he will not serve any jail time and will only have to pay the fine if he testifies against Brown in her April trial. A sentencing date for Simmons has not been announced.

The Washington Free Beacon obtained records from Brown's legal defense fund last year, finding she accepted prohibited contributions from lobbyists as she was gathering money for her legal fees.

A review of the records found that Brown took $5,750 in donations from three registered lobbyists, which is prohibited by House ethics rules.

One of the lobbyists, Michael Korens, told the Free Beacon at the time that he did not know lobbyists could not make donations to legal defense funds. He promptly contacted the ethics committee to report the violation after being reached for comment.

"I take my lobbying disclosure and ethical responsibilities very seriously," the lobbyist said. "Accordingly, after I received your email, I called the House Ethics Committee to ask if my mistake violated any rules and, if so, to self-report a violation. I was advised that rule only prohibits Members from accepting such contributions and I therefore did not violate any rules by making it. While a relief, I still made a mistake assuming it was permissible when I was asked to make it." 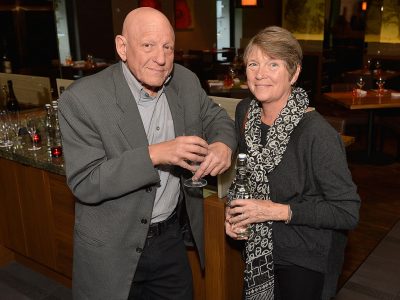