"On the air and now in print, Lanny Davis has managed the considerable feat of serving all his constituents extremely well: President, Press and Public. This is a very thoughtful book," Bernstein wrote at the time of the memoir's publication.

Davis' book delved into his tenure during former President Bill Clinton's tumultuous second term, which included his impeachment for lying under oath about his relationship with Monica Lewinsky. Davis, now a private attorney based in Washington, D.C., was a ubiquitous television news presence at the time, representing Clinton throughout the scandal. 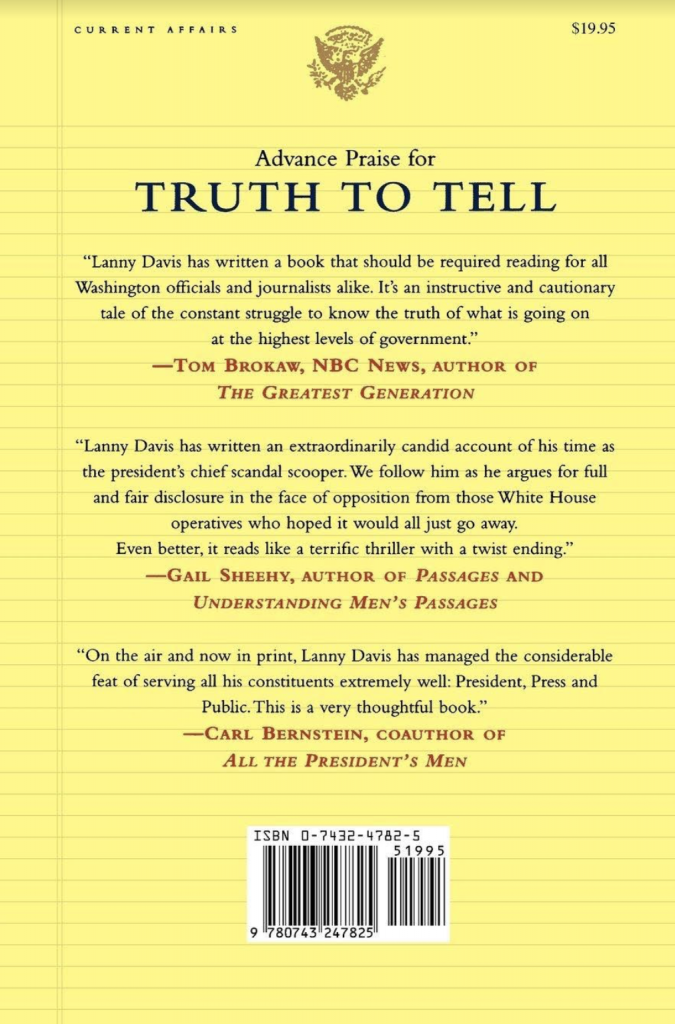 Bernstein was one of three bylines on a CNN report in July that said Davis' client, Michael Cohen, would be willing to tell special counsel Robert Mueller that President Donald Trump knew in advance about the 2016 Trump Tower meeting between top campaign members and Kremlin-linked lawyer Natalia Veselnitskaya.

The story is under fresh scrutiny now that Davis has backed away from previous assertions that Cohen could tell investigators Trump had advance knowledge of the meeting, the Washington Post reported this week. Davis also outed himself as an anonymous source for the story Bernstein wrote along with co-authors Jim Sciutto and Marshall Cohen.

CNN wrote in its July report, however, that Davis "declined to comment" for the story, leading to criticism that the outlet misled readers by still using him as an anonymous source. CNN has not published any correction and said it stands by the story, which quoted multiple anonymous sources.

When CNN's Anderson Cooper asked Davis last week if there was information that Trump knew about his eldest son Donald Trump Jr.'s meeting with Veselnitskaya beforehand, he replied, "No, there's not."

Bernstein, who became famous for helping break the Watergate scandal in the 1970s, is a strong critic of the Trump administration, in particular the president's rhetoric about the "fake news" media.

"Look, reporters, journalists make mistakes," Bernstein said in December. "Our record as journalists in covering this Trump story and the Russia story is pretty good, especially compared to the record of Donald Trump."

Davis served as special counsel to President Bill Clinton from 1996 to 1998 and is known for his closeness with the family, particularly Hillary Clinton. In an email he wrote asking the former first lady for a favor when she ran the State Department in 2010, Davis called her "the best person I have met in my long life."

Davis published a book in February blaming former FBI Director James Comey for Hillary Clinton's loss in the 2016 presidential election called The Unmaking of the President 2016: How FBI Director James Comey Cost Hillary Clinton the Presidency. He claimed Clinton would have won more than 330 electoral votes and thus the presidency were it not for Comey's letter to Congress in late October about reopening the investigation into her private email server.