Evan Bayh Uses D.C.-Raised Children to Show He Is a True ‘Hoosier’

Evan Bayh dropped a campaign ad this week to convince voters that he has "Hoosier values" by showing them a video of him playing basketball with his kids, who are wearing Indiana basketball shirts even though they grew up in Washington, D.C., and both go to Harvard University.

Bayh has had to defend the fact that his sole Indiana residence is a small one-bedroom in Indianapolis. That criticism has heated up in recent weeks, with his neighbors telling reporters that they have never seen him and didn't even know that he owned the property.

This explains why Bayh's new ad goes to great lengths to make Bayh look like a Hoosier.

The ad shows Bayh playing basketball, a sport treated like religion in the state, with his two twin boys—one wearing an Indiana Pacers shirt and the other an Indiana State Sycamores shirt.

But Bayh never really bothered to bring his kids back to Indiana during their upbringing in Washington, D.C., and then sent them both to Harvard.

They were recently featured in a Harvard Gazette piece on twins attending the university. Here's a shot of the boys, one who plays lacrosse and the other tennis: 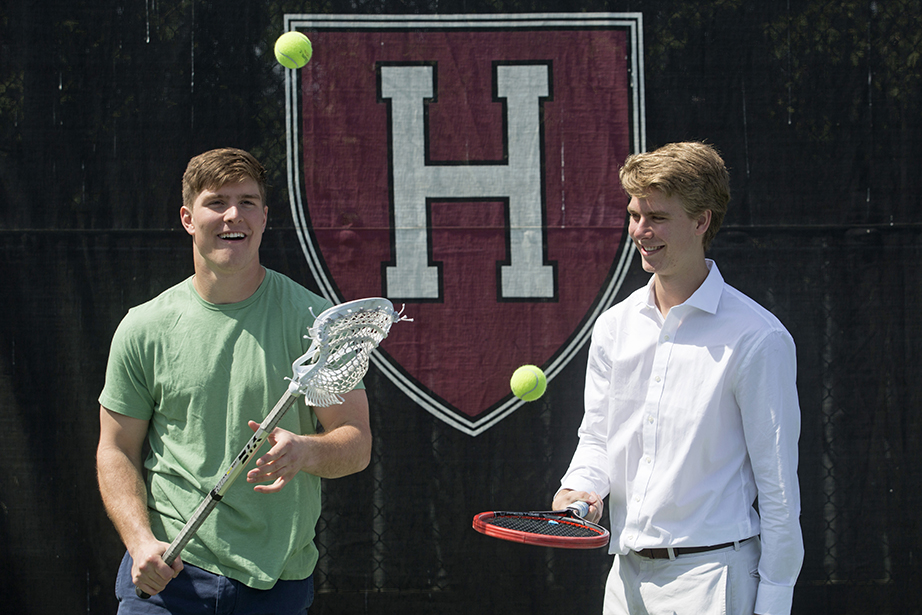 Though the article notes that Beau and Nicholas are "from Indiana," that is pretty far from the truth.

Beau and Nicholas grew up in Washington, D.C., and went to high school at St. Albans, a prestigious D.C. prep school.

They lived in a $2.6 million D.C. home that Bayh purchased in 1998 when he was first elected to the U.S. Senate. Bayh didn't want to move to Indiana when he retired from the Senate in 2010, instead insisting that the family remain in D.C., he told the Indy Star.

It wasn't until this year that Bayh's sons ever saw their father's family home in Indiana. Beau was excited about the visit because he wanted to "see where my dad and granddad came from," he told a reporter.

The Bayh campaign did not respond to an inquiry into whether the ad was filmed in Indiana or in Washington D.C.