Democratic congresswoman Elissa Slotkin angered a local business in her Michigan district by illegally parking on its property, and then ordered one of her staffers to "personally apologize" for her own act, according to video of the incident obtained by the Washington Free Beacon.

Slotkin was in Mason, Michigan, for a town hall event at Bestseller Books and Coffee, but she parked her car on the property of the Sports Stop, a screen printing and embroidery business. When she left the town hall there was a note left on her car that read, "You can’t park here, Sports Stop ONLY!"

The reaction from Slotkin after being notified of her mistake was to blame her staff, according to the video.

"Okay, so I’ll leave that to you," Slotkin said as she handed the note to a female staffer. "Why don’t you go personally apologize."

Slotkin then scolded her staff before getting in her car to drive away.

An employee at the Sports Spot said she had no idea it was their congresswoman who had taken their parking spot, and said the situation irritated employees.

"We didn't know who it was, we were just irritated that somebody parked in our spot," said Erin, who works at the Sports Stop. "Four of us work here and we only get three parking spots. It gets irritating for us to have to now go find another parking spot because somebody took our parking spot."

The employee also confirmed that somebody came to apologize, and it wasn't Slotkin.

"Somebody came over and said they were sorry for parking there," she said. "A lady named Samantha, she's the one who came and said sorry."

A request for comment on the incident to Slotkin's office wasn't immediately returned. 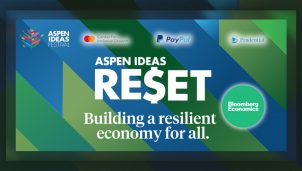