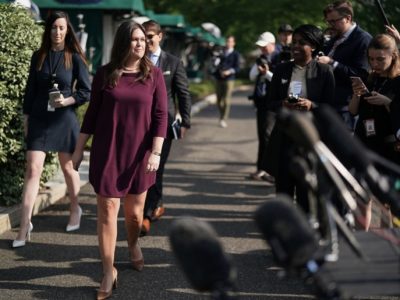 A report cited by President Obama during this week's State of the Union address as a possible basis for national energy policy also calls for increased offshore drilling and oil production in the Arctic National Wildlife Refuge (ANWR)—two policies the administration has opposed.

President Obama proposed establishing an "energy security trust" during his speech and referred to the report by Securing America’s Future Energy (SAFE).

"If a nonpartisan coalition of CEOs and retired generals and admirals can get behind this idea, then so can we," Obama said. "Let's take their advice and free our families and businesses from the painful spikes in gas prices we've put up with for far too long."

The Obama administration previously blocked drilling in ANWR in 2011.

Additionally, the Department of the Interior’s latest five-year leasing plan for offshore oil development excludes the Atlantic and Pacific coasts.

The administration's decision to open areas of the Arctic Sea for oil exploration was panned by environmentalists. Republicans and drilling advocates say that up to 85 percent of America’s potential offshore oil remains off-limits under the administration’s plan.

"While it remains critical to balance environmental preservation and energy extraction, [the Department of the] Interior’s current approach falls short of striking such a balance," the SAFE report states. "Operating in the wake of a serious industry failure, DOI has essentially locked the nation into a Gulf-centric approach to offshore development that unnecessarily constrains access to potentially promising resources elsewhere."

"Significant oil and natural gas resources on federal lands, both onshore and offshore, remain unavailable for development due to statutory restrictions and bureaucratic inertia," the report also states.

The Department of the Interior declined to comment as it has yet to review the plan.

SAFE spokesman Brad Goehner said his organization has been working "very closely" with the White House and Congress to promote the energy trust.

"You see what we put forward as the best way to approach this, which does include revenue from expanded production," SAFE spokesman Brad Goehner said. "As far as the White House plan, we're still waiting to see all the details."

Goehner said his organization was excited to be mentioned in the State of the Union and hopes its plan can "move forward in a bipartisan fashion."

"There’s no new money if Obama doesn’t open up new areas," said Dan Kish of the Institute for Energy Research. "All he supports is SAFE’s desire to spend money, not their desire create new energy."

"Ninety-six percent of the oil production increase over the last four years has come not from government lands but private land," Kish said. "That’s because it takes 30 percent longer to get a lease than it did when Obama walked into office."

A White House official, speaking on condition of anonymity to the New York Times, said the administration would ask Congress to direct $200 million a year to the fund for 10 years.

Those funds would go to the Department of Energy’s research and development program for advanced fuel technology.

The White House did not immediately respond to a request for comment on whether it would take the advice of SAFE, as the president recommended.

Published under: Obama Administration , Progressive Movement , State of the Union