The director of public affairs at the Department of Justice said Friday there may not be a need for a special counsel to investigate the Uranium One deal.

Sarah Flores appeared on "Fox & Friends" to discuss the Uranium Once deal and whether the Department of Justice is going to direct a special counsel to lead the investigation.

Flores emphasized that the department is known historically for its ability to conduct investigations without allowing political bias or conflict of interest to impact the investigation, especially considering the range of attorney's the department has at its disposal. The Department of Justice has only appointed two special counsels in its history. As a result, Flores expects a special council will not be necessary.

When asked what the threshold would be to appoint a special counsel, Flores said a conflict of interest and extraordinary circumstances must exist.

"One criteria is a conflict of interest. Is there no prosecutor, including the 90 U.S. attorney districts that can handle an investigation?" she said. "The other one is extraordinary circumstances."

Fox News' Steve Doocy pushed Flores on the idea of the Department of Justice operating without a political bias, remarking how the public has expressed concerned over the department's ability to be "fair and balanced."

"As we have detailed on this program and across the channel as well, a lot of the people at the Department of Justice were there during the Hillary Clinton as secretary of state years and during the Obama administration, and some people think, ‘ah, they just seem too conflicted to be, you know, fair and balanced on this," Doocy said.

"President Trump has put in an incredible leadership team at the Department of Justice," Flores said. "I mean, this really is about restoring the rule of law, actually having separation of powers again between the legislative and executive and judicial branches."

Flores emphasized that Trump wants a strong Department of Justice and aimed to "restore the rule of law," which means that they will not be "confirming or denying investigations and it means pursuing allegations without regard of political bias or ideology."

The department is bringing federal prosecutors to review all the investigations it currently has open, including looking at whether to appoint a special counsel to investigate the Uranium One deal. 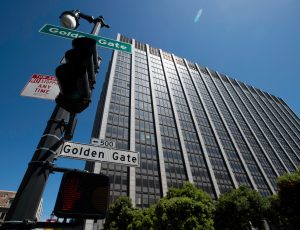 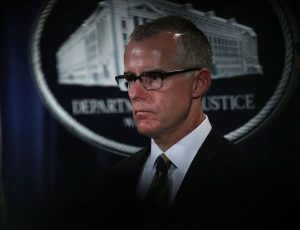