A review of salary data filed with the Federal Election Commission (FEC) revealed that the DNC paid female staff members $501 less on average than male staffers in July 2012, a difference of 15 percent.

The DNC’s 119 female employees earned $3,342 on average in the month of July, compared to $3,843 for its 113 male employees. On an annualized basis, the average female DNC employee would earn roughly $6,000 less than her male coworkers.

The results are consistent with those of other Free Beacon reviews of salary data for the White House, Democratic members of Congress, and President Obama’s re-election campaign.

In 2011, female White House employees made about 18 percent less than their male counterparts, the Free Beacon found.

More than a dozen Democratic Senators paid their female staff members at least 20 percent less than male staffers during that same period.

The Obama campaign’s recent filings with the FEC revealed that it paid women more than 5 percent less than men during the months of May and June.

Such findings undermine the concerted effort by the Democratic Party to portray Republicans as waging a "war on women."

In June, Senate Democrats levied the charge against the GOP for opposing the so-called "Paycheck Fairness Act," a bill that would make it easier for trial lawyers to file lucrative class action lawsuits over claims of gender pay discrimination.

Critics called the legislation "an employment act for trial lawyers," noting that the trial lawyer industry is the top source of campaign contributions for all but five members of the Senate Democratic caucus.

The pay disparity among DNC employees is particularly striking given that DNC chair Debbie Wasserman Schultz (D., Fla.) has been one of the most vocal propagators of the "war on women" charge.

Wasserman Schultz has been making the claim for more than a year. During one of her first public appearances after being named DNC chair in April 2011, she derided the GOP for waging a "war on women."

"It's just so hard for me to grasp how [Republicans] could be so anti-women as they are," she said in May 2011.

Earlier this year, Wasserman Shultz berated Republicans for their opposition to the Lilly Ledbetter Fair Pay Act, a predecessor to the Paycheck Fairness Act that made it easier for women to sue their employers for pay discrimination.

"The focus of the Republican party on turning back the clock for women really is something that’s unacceptable, and shows how callous and insensitive they are towards women’s priorities," she said on CNN’s State of the Union in April.

Just days after Wasserman Shultz made those remarks, DNC communications director Brad Woodhouse told Slate’s Dave Weigel that the DNC has "not been running a campaign based on the term ‘war on women.’"

The DNC has also been caught up in the recent controversy surrounding the uniforms worn by this year’s United States Olympic team. The uniforms were made in China by prominent Obama donor Ralph Lauren’s clothing company. Senate Majority Leader Harry Reid (D., Nev.) said the appropriate solution would be to "put them in a big pile and burn them and start all over again."

Since 2008, Lauren has donated more than $35,000 to the DNC, though it is unclear if the DNC intends to return the tainted money. 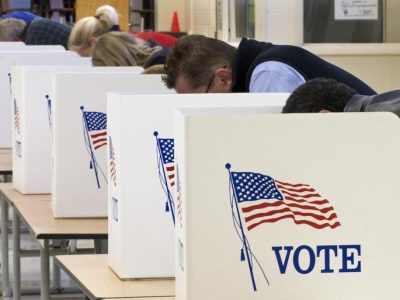