Democratic Illinois Governor J.B. Pritzker is reportedly under investigation by federal authorities for a dubious tax filing prior to taking office.

Pritzker, a multibillionaire who owns part of the Hyatt hotel chain, was criticized during the 2018 campaign for a scheme in which he removed all the toilets in a mansion in order to claim it was "uninhabitable" and avoid hefty property taxes. The Cook County Inspector General characterized the tax appeal filing as a "scheme to defraud," and real estate experts warned that Pritzker's actions were potentially criminal.

Pritzker easily defeated incumbent governor Bruce Rauner on Election Day, despite the Republican running ads attacking his opponent as the "Porcelain Prince." But Chicago public radio station WBEZ broke the news Wednesday that a month early in October, Pritzker was already the target of a federal criminal investigation.

WBEZ reports citing an unnamed law enforcement source that Illinois First Lady M.K. Pritzker and her brother Thomas J. Muenster are also under investigation. Emails obtained by the Cook County investigator indicated that the toilet removal came after instructions from Mrs. Pritzker, while Muenster and her personal assistant Christine Lovely filed affidavits swearing there had been no toilets for years. Lovely has retained an attorney, but it's unclear if she's a target of the investigation.

"Neither the Governor nor the First Lady have been contacted by law enforcement regarding the property tax appeal," responded Pritzker's attorney, prominent Democratic lawyer Marc Elias in a statement. "We are confident that any further review of the matter will show that the appropriate rules were followed."

"After just a few short months in office, J.B. Pritzker has already proven to the people of Illinois that he is completely unworthy of their trust," retorted the Republican Governors Association said in a statement. "This investigation raises serious questions regarding Pritzker’s conduct and shows that he is nothing more than another corrupt politician who thinks he’s above the law, just like his friend Rod Blagojevich."

If charged, Pritzker would be the seventh Illinois governor to be charged with a crime during or after their term of office, with Blagojevich's 2011 conviction for attempting to sell a U.S. Senate seat being the most recent. 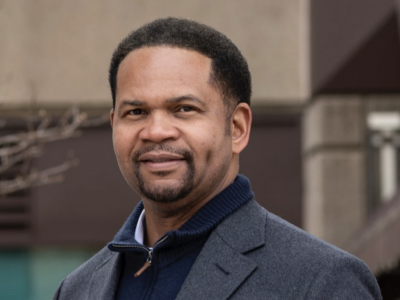