South Carolina congressman Joe Cunningham (D.) denounced "dark money" in his run for Congress in 2018, but in the 2020 cycle a dark money group has already announced they will enter the race to buoy his reelection efforts.

"We've run this entire campaign without taking one cent from PACs or special interests," Cunningham tweeted in September of 2018. "Dark money is poisoning our politics but this ruling is a step in the right direction. There's much more to do and I'm ready to get to work."

Great news. We've run this entire campaign without taking one cent from PACs or special interests. Dark money is poisoning our politics but this ruling is a step in the right direction. There’s much more to do and I’m ready to get to work. https://t.co/PMEBpCCiNU

Last Monday the South Carolina Post and Courier reported that a group called 314 Action is already laying plans to defend Cunningham's seat for an election that's still 15 months away.

"For us, Joe Cunningham is one of our front-line candidates, and we are going to make sure we do everything we can do to defend his seat," Josh Morrow, executive director of 314 Action, was quoted as saying by the Post and Courier. "It's no secret the Republicans are targeting this race as an opportunity for them. They're going to spend heavily to try and beat Joe. We're going to spend equally as much to ensure Joe gets elected."

314 Action has a standard political action committee which discloses its donors (the 314 Action Fund), but also has a 501(c)4 which can engage in political spending without the same kind of disclosure.

The group, named for the first three numbers of pi, said it hopes to become the "EMILY's List of scientists."

Because of the (c)4 group's IRS designation, 314 Action does not have to disclose donors.

"But 314 Action plans to raise $5 million to $7 million for current candidates, and it will be impossible to know where the bulk of the money is coming from," a report in Scientific American detailed in the spring of 2018.

Cunningham's campaign did not return a request for comment from the Washington Free Beacon as to whether he would denounce or disown such help, given his pronounced stance on dark money from last year.

The 314 Action video ad reported on by the Post and Courier does not name Cunningham directly or show his image. It does mention two Republicans who have announced their candidacy for the party's nomination to challenge Cunningham next year.

Federal law prohibits coordination between a group like 314 Action and the Cunningham campaign, and no evidence suggests any coordination has taken place.

It is standard operating procedure for ‘dark money' 501(c)4 groups to focus their communications on the candidates they hope will be defeated.

"In many cases, the spending that we do see on political ads by dark money is more common actually against a candidate than in support of one," Anna Massoglia, a researcher for the Center for Responsive Politics, told the Raleigh News & Observer last month. "They aren't necessarily ‘using' dark money, I wouldn't use that term. I would say that they benefit from dark money whether they like it or not."

It is unclear if the ad has begun to run.

The sense of contradiction around Cunningham's denouncing of dark money yet receiving parallel assistance from a dark money group is analogous to another congressional race in neighboring North Carolina.

In that race, Dan McCready is the Democratic nominee for a special election slated for this September after voting irregularities voided the results from last fall.

McCready tweeted on the same day as Cunningham that "Dark money has no place in our politics," as both were reacting to a federal court ruling that would expand the disclosure of donors to some types of nonprofits.

Patriot Majority, also a 501(c)4 political action committee, spent over $900,000 that aided McCready despite his rebuke of dark money, as first reported by the Free Beacon.

"The McCready campaign did not take money from the group and cannot control the independent expenditures of outside organizations, but that doesn't change the fact that the campaign benefited" said a fact-check by the News & Observer.

On a much larger scale, the Democratic Congressional Campaign Committee recently established a dark money (c)4 arm of their political work to aid Democrat candidates for the House. However, earlier this year, House Democrats also introduced a bill aimed at increasing disclosure of political money through (c)4 nonprofits. 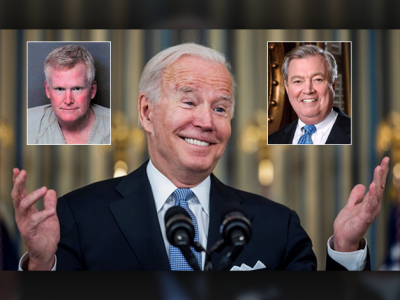 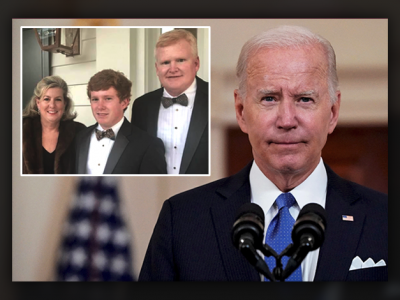