A scheme by Michael Bloomberg to punish oil producers by placing hand-picked environmental lawyers in attorney general offices could be breaking apart.

The billionaire former mayor of New York City created a pipeline at New York University's law school called the State Energy and Environmental Impact Center (SEEIC). It grooms law students to become environmentalist attorney and then pays their salaries once they join state attorney general offices across the nation. Maryland Deputy Attorney General Carolyn Quattrocki said in a 2017 email to colleagues that the purpose of hiring SEEIC-sponsored lawyers was driven by partisanship.

"The gist is that Bloomberg is funding through NYU some fellowship positions for midcareer environmental litigators to be farmed out to State Attorneys General to join the fight against Trump's rollback of our environmental protection laws and regulations," she wrote.

While Quattrocki and Frosh disclosed their motivations in private emails to colleagues, other states went public about the partnerships. Some of Bloomberg's partners, however, are distancing themselves from the program amid inquiries from watchdogs, while others are denying their participation,

The office of the attorney general (OAG) in Pennsylvania was listed in an early press release issued by the SEEIC. In 2017 Democrat Pennsylvania Attorney General Josh Shapiro boasted about the placements of many of the first "fellowship" attorneys.

"We are delighted to hire a special assistant attorney general through NYU School of Law to work with our Chief Deputy Attorney General for Environmental Protection to take on and prosecute cases against anyone who breaks the law and harms Pennsylvanians and our environment," Pennsylvania Attorney General Josh Shapiro said in that press release from December of 2017. A Shapiro spokesperson denied that the office had partnered with Bloomberg.

"We didn't participate in the program," the spokesperson said in an email to the Washington Free Beacon.

The SEEIC also said it had the approval of Virginia Attorney General Mark Herring, who later admitted to wearing blackface.

"I look forward to the opportunities this partnership will provide to address climate change and protect our environment for future generations," Herring was quoted as saying.

Herring's office reiterated its commitment to the program and its goals in an application to acquire SEEIC attorneys.

"The addition of an NYU Fellow would provide a full-time attorney to allow General Herring to participate much more fully in cooperative efforts to advance the agenda represented by the State Impact Center."

The Virginia attorney general's office is now backing away from Bloomberg's group. It denied having ever participated in the program in a court filing.

Herring and his office did not respond to requests for comment.

Virginia lawmakers responded to ongoing litigation by taking action to circumvent third party placements and funding for state law enforcement. The general assembly required that all salaries of attorneys working under the color of law in the OAG can only come from the monies appropriated by the state budget.

Other states have cute ties with SEEIC without the urging of lawmakers. While the New York OAG took on two of the SEEIC fellowship attorneys, the relationship was later severed months before the two-year contracted terms expired. The New York OAG kept the attorneys in the office, however, and began paying them from office funds.

SEEIC did not respond to requests for comment, nor did it answer questions about the status of the program's placements.

Chris Horner, a conservative watchdog with the nonprofit Government Accountability and Oversight (GAO), has been monitoring the SEEIC program since its inception, using open records requests to obtain documents about its operations. He said the fanfare about hiring Bloomberg attorneys has faded.

"The reconsideration by at least three offices is instructive, as is the silence of all new participants — if there have been any after the scrutiny, and aborted participation by Pennsylvania's and Virginia's AGs," Horner said in an email. "It shows legal, ethical and political risks of participating in this scheme became too much."

The scrutiny of the program, as well as ethics questions, has led some states to avoid contact with the group. A spokesperson for Democrat Attorney General Phil Weiser said the office has no plans to bring one of Bloomberg's attorneys onto the staff. 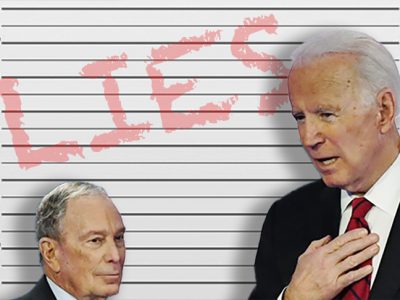 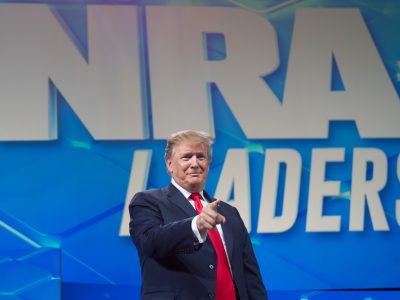