Chance, in the form of a coin toss or another 50/50 method, will now decide if Republicans will maintain control of the Virginia House of Delegates.

The tie was not the reality a day prior when, following a recount, Simonds was called the winner. Virginia House Republicans explained that a ballot, which was originally not counted for Yancey, was determined Wednesday to count for the GOP delegate.

A three-judge recount panel, after deliberating for over two hours, made the decision on Wednesday against certifying the recount of the race.

"The court declares there is no winner in this election," Circuit Court Judge Bryant L. Sugg said.

He said the ballot in question, which was deemed unacceptable during the five-hour recount on Tuesday, contained a mark for Democrat Shelly Simonds as well as a mark for Republican Del. David Yancey but that the mark for Simonds had also been struck out.

Election officials presiding at the recount on Tuesday had not counted that ballot. But Republicans challenged the ballot in court, saying the voter intended to vote for Yancey and the ballot should be counted for the Republican.

Now, Virginia says the election winner shall be chosen by lot, which essentially means by a coin toss or by another method where both individuals have an equal change of being selected, such as drawing a name from a hat. The state board of elections will conduct the "selection by lot" within the next week. The loser may then request another recount.

If the seat stays with Republicans, the party will maintain a 51-49 seat majority in the House of Delegates.

UPDATED 4:47 P.M.: This story was updated to reflect that the winner might not necessarily be selected by a coin toss, but could also be selected by another chance method. 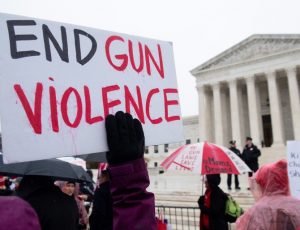