REVIEW: ‘Arbitrary Lines: How Zoning Broke the American City and How to Fix It’

Attending a recent house party on New York's Upper East Side, I talked with a man who referred to his job as a "field specialist." Pressed, he explained that he organizes canvassing efforts against new urban development. Gesturing at the little apartment around us and the skyscrapers beyond, he said, "It just takes one corrupt politician paid off by developers, to turn some lovely neighborhood into this."

If, unlike that field specialist, you think the existence of New York City is generally a good thing, you will enjoy M. Nolan Gray’s Arbitrary Lines: How Zoning Broke the American City and How to Fix It, a slim book that articulates the historic and economic case for YIMBY (Yes In My BackYard) politics. But in the interest of building a big tent coalition, Arbitrary Lines also leaves out some of the most compelling arguments for zoning reform.

Gray bounds his argument carefully. He is a vicious critic of zoning itself, the practice of segregating land uses and regulating densities, but makes clear urban planning is not his target. His attack on zoning comes from four directions: Zoning has created an affordability crisis, it has taken a bite out of economic growth, it encourages and at times enforces racial segregation, and it causes environmentally damaging, spiritually deadening suburban sprawl. Gray acknowledges his goal of shifting the "Overton window" by limiting his critique to zoning, which is often purposefully opaque and run by feckless local bureaucrats.

It’s primarily an economic argument slightly abutted by the argument from racial justice ("zoning remains first and foremost a tool of racial and economic exclusion"). Gray tells us that "by blocking the growth of our most productive cities, zoning is stunting growth and innovation nationwide." Alain Bertaud’s model of the city as labor market features prominently: Cities that allow people to live densely near their work experience far greater economic growth than those that impose finicky zoning rules.

The economic argument is powerful: Gray notes that one in four American renters spends more than half their income on rent. In New York City, "zoning regulations restrict the number of apartments that can be subdivided within a building, not out of any health and safety concerns, but simply to restrict housing production." And many suburban and rural zoning codes outright ban manufactured housing. These regulatory burdens are often imposed by corrupt or venal local politicians.

Gray argues that our model of the home as an investment vehicle is a relatively new phenomenon, dating back to a particular mix of 1970s inflation and tax code innovations. The "homevoter hypothesis" comes in for particular criticism for the vicious cycle it created. "A mixture of rapid inflation and generous federal tax policies heavily incentivized the treatment of a home as an investment, which in turn provided homeowners with an even stronger incentive to oppose new housing construction."

To many readers, particularly the younger and more online, these critiques will not be foreign. YIMBY political organizing has become one of the few bipartisan issues in my age cohort, uniting center-left wonk types and "I just want to grill" right-wingers against the far left and older homeowners. But Gray stays away from the rawest nerves of the zoning debate. One of the reasons the YIMBY movement skews so young is that my age group sees zoning as a tool of generational warfare, wielded by boomers who castigate the young for their dissolute ways while barring the developments that would allow them to change their lifestyles.

Gray also stays away from the value-laden conservative case for fixing our zoning problem. Every behavior that the right would like to see more of in younger generations—getting married, settling down, having kids, putting down roots—is out of reach for increasing numbers of Americans. Culture obviously shapes those norms, but so does lack of material availability. Why even consider moving to the suburbs and having a couple kids if you’re priced out and your commute time will triple? Like NEPA, the environmental review law that often bars environmental improvements, too much zoning aimed at encouraging quiet family neighborhoods has the side effect of discouraging family formation in the first place.

There is value to local control over neighborhoods. But Gray points out that the current zoning model doesn’t even do much of that. Zoning in many municipalities is so restrictive that new buildings are largely at the discretion of a handful of bureaucrats, through variances, special permits, rezonings, and planned unit developments. It’s an argument that will be reminiscent to conservative free-marketers: "In every other sphere of public policy, the idea that this anachronistic style of top-down planning can achieve even passable outcomes has been thoroughly discredited. Why is zoning any different?"

Ultimately, Arbitrary Lines makes its appeal to the right on classically liberal economic lines. But it avoids the more charged, socially conservative arguments that may carry greater weight.

Arbitrary Lines: How Zoning Broke the American City and How to Fix It
by M. Nolan Gray
Island Press, 256 pp., $30

Santi Ruiz is a writer and editor based in New York City and helps run Interact, a tech talent network.

Life in a Closeted Capital 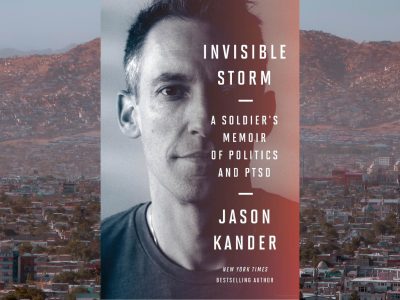