A Swiss billionaire is bankrolling a leading dark money group lobbying for the Biden administration's Build Back Better plan and green energy jobs initiatives, according to corporation and lobbying records reviewed by the Washington Free Beacon.

Climate Power, one of the main groups pushing for the White House's climate agenda, has billed itself as a traditional advocacy organization, with an advisory board featuring John Podesta, Stacey Abrams, and former senator Harry Reid. But the group doesn't actually exist independently—it is owned and operates as a front group under the Fund for a Better Future, a Democratic dark money organization that has received the majority of its funding from Swiss health care mogul Hansjorg Wyss's foundation since 2016, according to corporation records.

The link raises questions about foreign influence on the climate debate and the prominence of dark money groups in the Biden administration's public advocacy campaign for the Build Back Better legislation. While foreign nationals are prohibited from contributing to federal campaigns, lawmakers and watchdogs have raised concerns about foreign donations to nonprofit political advocacy organizations—so-called dark money groups—which could be used as a legal loophole to influence elections.

Americans for Public Trust, a conservative watchdog group, filed a complaint with the Federal Election Commission in May, calling for an investigation into whether some of Wyss's donations amount to "campaign contributions from a foreign national, running afoul of federal law."

The group told the Free Beacon that Wyss's contributions to groups leading the climate legislation lobbying add to concerns about his political funding.

"Hansjörg Wyss has been indirectly funding American politics for years, so the news that his foreign money is tied up in this latest dark money campaign to pass President Biden's legislative agenda comes as no surprise," Americans for Public Trust executive director Caitlin Sutherland told the Free Beacon. "Americans for Public Trust has previously filed an FEC complaint against Mr. Wyss calling for an investigation into his political spending, and we look forward to the commission taking action."

Wyss, a Swiss citizen born in Bern who has declined to clarify his citizenship status in the United States, has become one of the most prolific donors to progressive advocacy groups in recent years. His foundations, the Berger Action Fund and the Wyss Foundation, have poured over $200 million into organizations supporting Democratic policies since 2016, the New York Times reported in May.

Since last summer, Climate Power has emerged as one of the most active lobbying arms of the Democratic Party's climate agenda. The group rolled out a $10 million ad blitz in June, aimed at pushing lawmakers to support the Biden administration's American Jobs Plan and Build Back Better legislation.

Climate Power also hired a lobbying firm, Pioneer Public Affairs, last February to press lawmakers in the House and Senate on "climate provisions of the American Rescue Plan (H.R.1319) and the American Jobs Plan," according to lobbying disclosure records.

Climate Power is not an independent entity, according to records reviewed by the Free Beacon. The group operates under the ownership of the Fund for a Better Future, according to business records filed in Sacramento, where the fund is based.

Between 2017 and 2018, Wyss's financial support accounted for 80 percent of the Fund for a Better Future's total receipts, according to financial disclosure records.

According to Climate Power's website, the group was founded "by the Center for American Progress Action Fund, League of Conservation Voters, and Sierra Club" and "integrates hard-hitting research, polling, state and national earned media, digital and paid media to influence the national conversation, embolden leaders to take immediate, bold climate action, and expose climate deniers and their oil and gas lobby allies."

Climate Power launched another front group in August called the "Great American Build" to promote the Biden administration's Build Back Better agenda. The Great American Build's website describes it as a "public awareness campaign launched by Climate Power, League of Conservation Voters and their allies to build the momentum necessary to create millions of good clean energy jobs and give our economy the boost it needs." 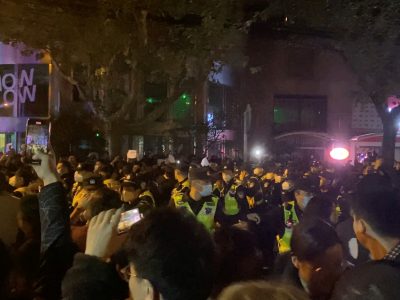