U.S. intelligence agencies closely monitored North Korea’s test of a new submarine-launched ballistic missile and were anticipating the launch for several days, according to U.S. officials.

U.S. intelligence agencies assessed that the missile test was more of an ejection test—a launch from underwater that fires the missile out of a simulated launch tube into the air. The missile then ignited its engine and flew a short distance, the officials said.

U.S. officials do not believe the missile was launched from a submerged submarine.

A similar test was carried out April 22. 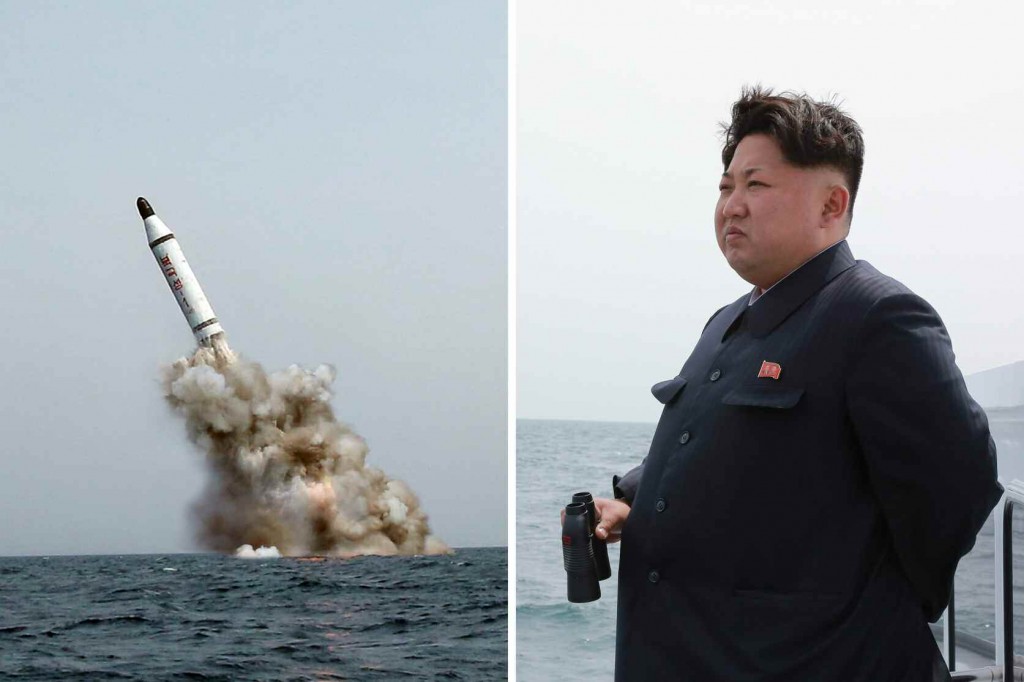 KCNA published several photographs of what appears to be a missile launching from underwater as Kim watched from the deck of a nearby vessel.

The missile appears from the photographs to be a variant of North Korea’s Musudan intermediate-range missile.

The announcement was the first official acknowledgement by the North Korean communist government that it is developing submarine-launched missiles.

In Seoul, South Korea’s national security council held an emergency meeting Saturday after North Korea said it would fire without warning on South Korean naval vessels near its territorial waters. 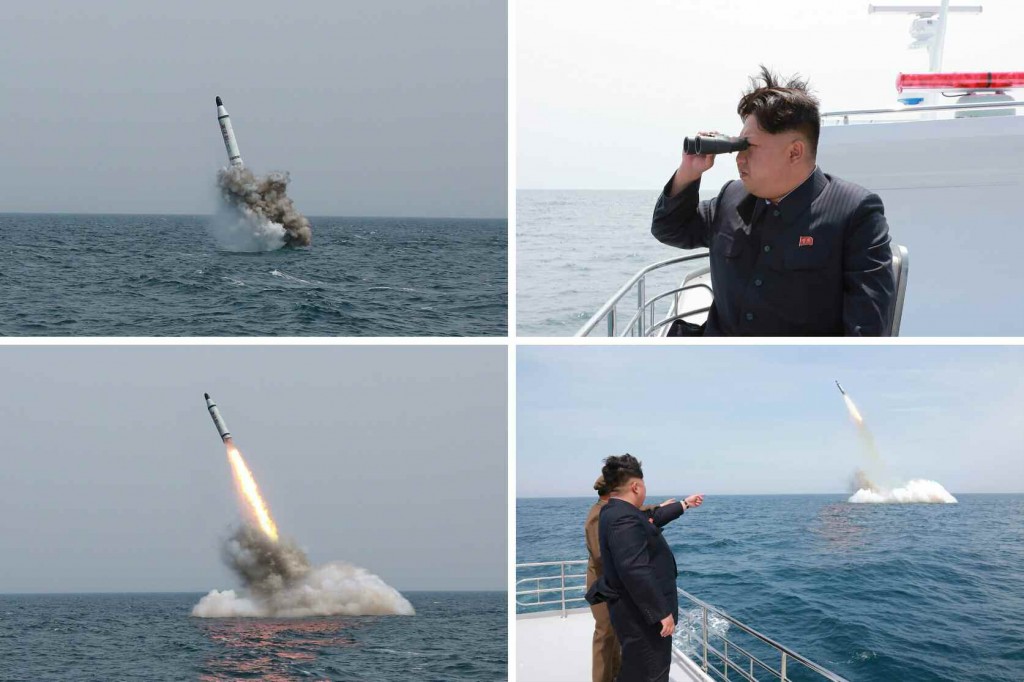 The threat by North Korea followed Pyongyang’s claim that South Korean coastal boats had intruded into maritime waters in the Yellow Sea.

In addition to the SLBM launch, North Korea also fired KN-01 anti-ship cruise missiles off the coast of Wonsan on the east coast of the peninsula.

According to South Korea’s Yonhap news agency, South Korean officials assessed the submarine-launched missile to be an ejection test, and said that the missile flew only about 328 feet after launch.

The missile test was not officially confirmed by U.S. or South Korean officials.

A Pentagon official said: "We’re aware of the reporting, but have no comment on North Korea’s claims."

A State Department official declined to comment, citing a policy of not discussing intelligence matters. However, the official said ballistic missile launches "are a clear violation of multiple U.N. Security Council resolutions."

"We call on North Korea to refrain from actions that further raise tensions in the region and focus instead on taking concrete steps toward fulfilling its international commitments and obligations," the official said.

No date or location was given for the test. However, it is believed that the test firing was carried out near the port of Sinpo, which has been identified in commercial satellite photographs as the location for the development of the SLBM.

U.S. officials have said the new SLBM has been under development since last year, but the first official confirmation of the new weapon came during congressional testimony in March by U.S. Strategic Command commander Adm. Cecil Haney.

The missile was flight tested in February and the Pentagon has designated the new system as the KN-11.

Together with North Korea’s road-mobile intercontinental ballistic missile, the KN-08, the KN-11 is the third long-range missile capable of delivering a nuclear warhead to a target thousands of miles away. The third missile is the long-range Taepodong missile.

Haney said in addition to the missiles, North Korea has advanced its nuclear capabilities and claims to have a "miniaturized warhead capable of delivery by ballistic missile."

The Pyongyang regime is believed to have Soviet-era Golf II submarines or copies of those submarines that are capable of firing missiles while submerged.

If Saturday’s flight test is confirmed, it would mark the third test of the new weapons system and would be an indication that the North Koreans are close to reaching the initial operating capability for the system.

Additionally, if the test is confirmed it would violate United Nations sanctions imposed on North Korea for earlier long-range missile tests and underground nuclear tests.

Under U.N. sanctions, North Korea is prohibited from conducting such tests.

China disclosed recently to U.S. nuclear experts that it believes North Korea has an arsenal of up to 20 nuclear warheads, and has the capability of producing that many more this year.