U.S. Deploys Three B-2 Bombers to Guam Amid Korea Tensions

The Pentagon is deploying three B-2 nuclear-capable bombers to the Pacific island of Guam amid heightened tensions on the Korean Peninsula, Air Force Chief of Staff Gen. Mark Welsh said on Monday.

"We are in the process right now of deploying three B-2s on a scheduled rotation," Welsh in response to a reporter’s questions about the U.S. response to increased tensions in Korea.

Welsh said the deployment was part of the Air Force’s continuing bomber presence in the Pacific and that no additional force deployments were planned in response to the tensions.

Privately, defense officials said the bomber deployment is intended as a sign of American support for South Korean military forces. The strategic bombers are part of U.S. extended nuclear deterrence designed to bolster Seoul’s military in squaring off against nuclear-armed North Korea.

"On a macro level, [the bombers] are certainly directed at sending a message to North Korea," a senior defense official said.

The senior official said it is "too soon to tell" whether an agreement between North and South Korea aimed at lowering tensions will succeed.

South Korea announced Monday that it had agreed in talks with North Korea to end propaganda broadcasts following an apology from Pyongyang for an incident earlier this month on the South Korean side of the Demilitarized Zone in which two soldiers were wounded by a mine.

The official KCNA North Korean news agency said in a statement that both sides agreed to hold additional talks "at an early date" to improve relations.

"The north side expressed regret over the recent mine explosion that occurred in the south side’s area of the Demilitarized Zone (DMZ) along the Military Demarcation Line (MDL), wounding soldiers of the south side," KCNA said, adding that propaganda loudspeakers would be stopped at midnight Tuesday.

Additionally, North Korea agreed to "lift the semi-war state at that time," the news agency said.

Military forces from both North and South Korea are on high states of alert and Pyongyang described its forces as being on a "war footing."

On Sunday, State Department spokeswoman Gabrielle Price told Yonhap that the United States is firmly backing South Korea in the standoff with the north.

"We are carefully monitoring the situation. We will continue to coordinate closely with the ROK and remain steadfast in our commitment to the defense of our allies," Price said.

Regarding the bombers, the Air Force announced Aug. 19 that the three bombers and about 225 airmen from Whiteman Air Force Base in Missouri began deploying to Guam on Aug. 7 for training in the region.

The B-2s are prepared for global strike missions and can strike "at the time and place of leadership’s choosing, any target set on the globe with precision, range, stealth and a massive payload, conventional or nuclear," said Lt. Col. Robert Makros, the 13th Bomb Squadron commander.

A South Korean defense ministry official said Monday that possible deployments of U.S. strategic military forces, including nuclear-capable B-52 bombers and a nuclear missile submarine, have been discussed with the Pentagon.

North Korea has conducted three underground nuclear tests over the past several years and is believed to have a small arsenal of nuclear warheads for missiles, including medium-range Nodongs and long-range KN-08 and Taepodong missiles.

In its propaganda North Korea frequently threatens to use nuclear weapons against the United States and its allies in Asia.

The B-2 deployment is taking place as China has begun moving large numbers of military forces to areas near its border with North Korea. 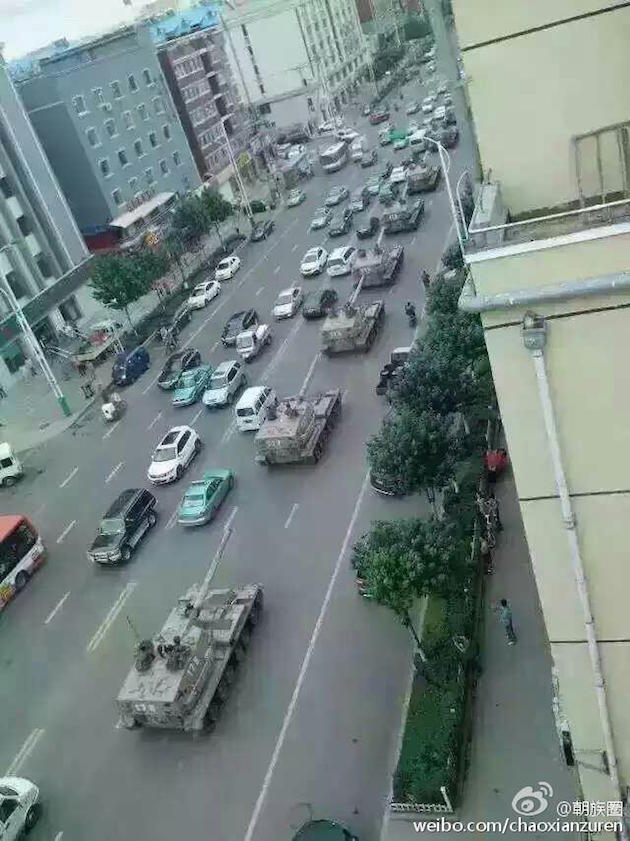 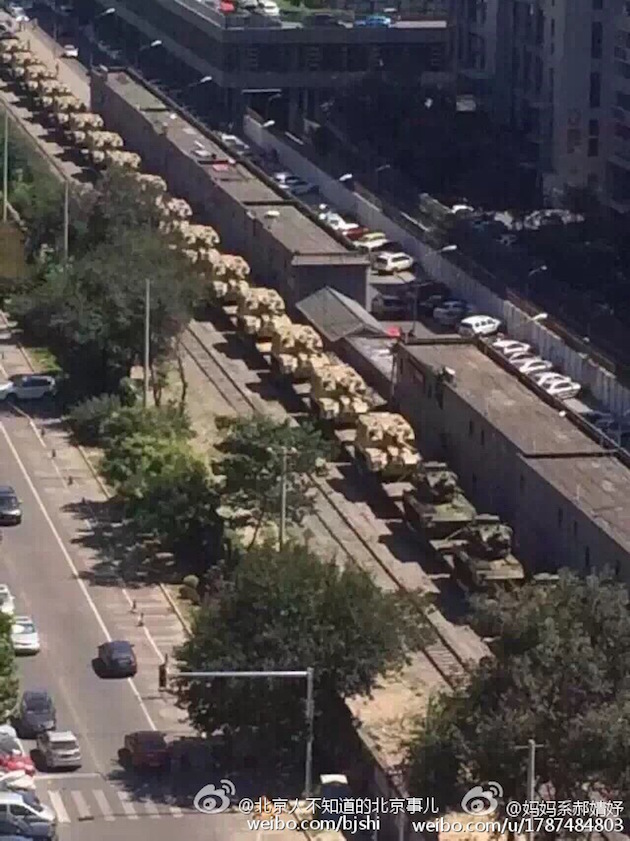 Chinese censors took steps to delete posts on the military movements, an indication of the sensitivity of the deployments.

China is preparing to hold a major military parade in the coming days as part of celebrations marking the end of World War II. Communist rule began in China in 1949, four years after the war’s end.

Analysts believe the increase in People’s Liberation Army military forces near the border is a response to Beijing’s fear that any military conflict on the peninsula will pose a security threat to northeastern China.

Some analysts speculate the forces were a subtle message to Pyongyang to reduce tensions.

The heightened tensions have included North Korea’s dispatch of submarines from ports and the movement of troop transport air-cushioned vessels.

Welsh, in a briefing for reporters at the Pentagon, declined to provide details on the bomber deployments on Guam, but said it was part of a scheduled deployment to the island.

Welsh said North Korea has long-range missiles that can reach the western United States and all military facilities throughout the Pacific, including Hawaii, home to the U.S. Pacific Command.