A source with knowledge of the matter told the Associated Press on Thursday that Grenell is Trump's choice.

If confirmed by the Senate, Grenell would be the first openly LGBT ambassador nominee for Trump.

If confirmed, Grenell would be tasked with fostering closer ties between Trump and German Chancellor Angela Merkel, who has publicly criticized Trump.

The ‘Coffee Boy’ Makes Peace in the Middle East 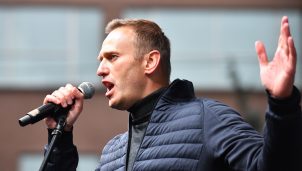