Treasury Efforts to Squeeze Islamic State Funding Will Be Difficult

Most IS money comes from within IS-controlled territory

The Treasury Department faces difficulties as it mounts a program to cut off funding to Islamic State (IS) terrorists that are currently raising "tens of millions" each month through oil sales, ransoming hostages, criminal activities, and donations from wealthy Islamist sympathizers.

Analysts say the counterterrorism financing effort will be hard to carry out because of the group’s recent gains on the ground and its decreasing reliance on foreign Islamist donors. Current estimates indicate IS has around $1.5 billion to $2 billion, making it the wealthiest terrorist group in the world.

"Targeting ISIL's money will be a significant challenge given its clandestine financing sources," said Mark Dubowitz, a counterterrorism expert with the Foundation for Defense of Democracies.

"But since 9/11, Treasury’s Terrorism and Financial Intelligence unit has deep experience and notable successes in tracking terrorist financing networks and uncovering and punishing [Persian] Gulf donors who have underwritten Sunni jihadism," he said.

Bill Roggio, editor of the online Long War Journal, agreed that the effort to curb IS financing will not be easy.

"While Treasury's efforts are commendable, the reality is that sanctions and other proposed mechanisms will barely dent the Islamic State's capacity to fund its operations," Roggio said.

Roggio said most of IS funding is the result of local operations, including black market oil sales, criminal activities, and demanding "taxes" from people under its control.

"European countries are more than willing to pay ransoms for their kidnapped citizens, despite claims to the contrary," he said.

The Islamic State, also known by the acronyms ISIL and ISIS, is made up of a force of some 30,000 fighters, and pays each fighter around $1,000 a month.

That amounts to $360 million in salaries alone per year. Additionally, funding its forces requires additional millions for weapons, ammunition, and operations.

"ISIL’s primary funding tactics enable it today to generate tens of millions of dollars per month," Cohen said Sept. 23. "Those tactics include the sale of stolen oil, the ransoming of kidnap victims, theft and extortion from the people it currently dominates, and, to a lesser extent, donations from supporters outside of Syria and Iraq."

Internationally, Saudi Arabia and Persian Gulf states will hold a conference next month in Bahrain focused on curbing terrorism financing by monitoring and preventing banks and charitable organizations from providing funds to IS and other terrorists.

IS, like al Qaeda, gains funds by declaring its allegiance to jihadist principles. Once those statements are accepted by Islamic clerics, word is spread on jihadist forums and other outlets. That in turn has led oil-rich donors in Muslim states to provide them with money.

The donations are made through banks and other institutions that in the past three years were able to avoid the scrutiny of U.S. and western intelligence agencies by using deception and cutouts.

For IS, there are few well-known financiers in Persian Gulf states, although several have been identified and sanctioned.

After these traditional funding sources, terrorists also have gained from battlefield spoils, including oil fields in Syria that are generating an between $1 million and $2.8 million a day, along with an estimated $384 million in cash reserves stolen after the takeover of Iraq’s second largest city Mosul.

For IS, one of its main funding sources comes from the Deir ez-Zor oil fields in Syria, where IS controls up to 40 percent of the 100,000 barrels of oil produced daily.

Systematic extortion of local businesses in territory controlled by IS fighters also generates an additional $8 million a month, along with between $20 million a year gained from ransoming hostages. Some estimates put the amount gained from hostage taking at $64 million.

Since June, when IS began its drive to take over Iraq, terrorist funding for the group has shifted mainly to non-traditional means, as nations began cracking down on bank-based financing.

Michael Stephens, director of the Royal United Services Institute in Qatar, told the BBC in September that IS has gained millions from wealthy Islamist supporters in Qatar, Turkey, and Saudi Arabia who have transported large containers of cash to Turkey where it was turned over to IS representatives.

But this year only a small percentage of IS funding has come from donors, he said.

Turkey’s policy of loose border controls also has contributed to the funding of IS, along with an influx of foreign fighters and weapons through indirect Qatari and Saudi backing.

Once in charge, IS fighters seize control of all resources in a region and force the population to become dependent on the group for basic needs.

The oil sales are carried out by middlemen who sell it to buyers in Turkey and to the Syrian government.

As IS continues to control territory, its reliance on foreign financing diminishes, and it is gradually becoming self-sufficient, making U.S. and international counter-financing efforts more difficult.

Cohen said as part of the Obama administration’s campaign against IS, which includes limited bombing strikes on IS positions in Iraq and Syria, Treasury is stepping up efforts to undermine the group’s finances.

The goal is to "financially isolate" IS and other terrorist groups, and the effort will take time, he said.

"We have no silver bullet, no secret weapon to empty ISIL’s coffers overnight," Cohen said. "This will be a sustained fight, and we are in the early stages."

A Treasury spokesman declined to provide details of the counter-financing plan.

Cohen said sanctions, cooperation with banks and governments, and increased global financial transparency have made it difficult for terrorists to fundraise, transfer, store, and use funds.

However, IS structure and activities pose challenges. "It has amassed wealth at an unprecedented pace, and its revenue sources have a different composition from those of many other terrorist organizations," Cohen said. "Unlike, for instance, core al Qaeda, ISIL derives a relatively small share of its funds from deep-pocket donors, and thus does not, today, depend principally on moving money across international borders. Instead, ISIL obtains the vast majority of its revenues through local criminal and terrorist activities."

Treasury estimates IS make $1 million a day from oil sales, and recent airstrikes against IS-controlled oil refineries are limiting its oil revenues. The department said ransom of hostages this year has produced at least $20 million, Cohen said.

An additional "several million" dollars per month is gained through a sophisticated extortion racket, he said.

"In the Iraqi city of Mosul, for instance, accounts have surfaced of ISIL terrorists going home-to-home, business-to-business, demanding cash at gunpoint," Cohen said. "Make no mistake: This is not taxation in return for services or even for real protection. It is theft, pure and simple. The money ISIL pilfers is being exchanged not for a guarantee of safety but for the temporary absence of harm."

Other funding sources include bank robberies and sales of pilfered artifacts, as well as theft and sale of livestock and farm goods.

Cohen said "ISIL is probably the best-funded terrorist organization we have confronted," but its financial strength will be "degraded" by the current campaign.

Sanctions will be imposed on oil traders who sell IS oil, and efforts to dissuade people and institutions from making ransom payments are being stepped up.

The most difficult problem will be curbing IS funding from local criminal activities, something that will require "breaking its hold on territory."

Cohen said IS efforts to control territory also are a financial burden and estimates of its Iraqi-controlled territory in the past cost the Iraqi government over $2 billion.

"That far outstrips ISIL’s revenue, and does not include the price-tag for the territory it seeks to dominate in Syria," Cohen said. "What this means is that ISIL cannot possibly meet the most basic needs of the people it seeks to rule."

Water and electricity shortages already are taking place in Mosul. 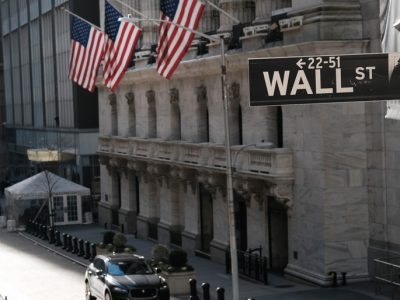 Stock Exchange’s ChiComm Telecom Ban Is Back On