Secretary of State Rex Tillerson has told friends he thinks he will be lucky to last a year leading the State Department, according to a new report.

Secretary of State Rex Tillerson has told friends he will be lucky to last a year in his job, according to a friend, while two officials said national security adviser H.R. McMaster was frustrated by what he sees as disorganization and indiscipline on key policy issues inside the White House.

A source familiar with the situation told Reuters that Tillerson was "very upset at not having autonomy, independence and control over his own department and the ability to do the job the way the job … is traditionally done."

The source said he had heard nothing about any possible departure, but added: "The situation doesn't seem to be getting any better, and in some respects appears to be getting worse."

A spokesman for Tillerson denied that the secretary was thinking of leaving his position.

White House staffers further sparked Tillerson's ire by questioning him on new hires for the State Department. Although Tillerson and other senior State Department aides have recommended individuals for several different positions, the administration has refused to move ahead.

There has also been reported tension between the White House and State Department over Israel. Tillerson's agency has placed blame on Israel for acts of Palestinian terror, the Washington Free Beacon reports, placing it at odds with Trump's team. 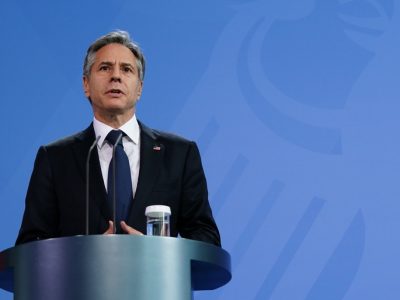