China’s military is working on a jet-powered hypersonic cruise missile in addition to an advanced high-speed glide warhead that was tested earlier this year.

A Chinese technical journal disclosed new details of research on what China’s defense researchers are calling a hypersonic cruise vehicle.

A line drawing of the scramjet-powered vehicle shows that the concept being studied for eventual construction is nearly identical to an experimental National Aeronautics and Space Administration (NASA) scramjet vehicle called the X-43.

Publication of details of work on the powered hypersonic cruise vehicle indicates China is pursuing a second type of ultra-fast maneuvering missile capable of traveling at speeds of up to Mach 10—nearly 8,000 miles per hour. Such speeds create huge technical challenges for weapons designers because of the strain on materials and the difficulty of control at high velocities.

The January test of the Wu-14 hypersonic vehicle signaled the beginning of what analysts say is the start of a new high-technology arms race to build high speed maneuvering strike vehicles.

The Chinese report outlines in technical detail how a scramjet-powered cruise vehicle operates at speeds greater than Mach 5 and discusses how to integrate airframe design with scramjet propulsion.

A scramjet is an engine that uses supersonic airflow to compress and combust fuel, creating a highly efficient propulsion system with few parts.

The analysis "may serve as a basis for quick preliminary design and performance evaluation of airframe/engine integrative configuration" for a future Chinese hypersonic cruise vehicle, the report said.

The scramjet cruise vehicle was described in a technical military journal called Command Control & Simulation. The article was published by the 716 Research Institute of the state-run China Shipbuilding Industry Corp., China’s largest maker of warships, submarines, and torpedoes.

The study by China’s major naval weapons builder is a sign the PLA may be considering the strike vehicle for use against U.S. aircraft carriers and warships as part of what the Pentagon calls "anti-access, area denial" weapons.

China’s hypersonic weapons are among the most secret programs within the Chinese military, along with anti-satellite weapons and cyber warfare tools. However, China’s Defense Ministry confirmed the test asserting that it was "normal" scientific experiment and not aimed at any foreign state.

Military experts said the disclosure of the scramjet cruise missile is unusual and part of China’s large-scale high-technology arms buildup.

"China long ago identified hypersonics as a critical future military technology and has invested heavily in its development for future weapons," said Rick Fisher, with the International Assessment and Strategy Center. "The old Bush administration concept of Prompt Global Strike using hypersonic non-nuclear warheads may be dormant in Washington, but it is very much alive and flourishing in Beijing."

Fisher said a scramjet vehicle would have advantages over the Wu-14 glide vehicle, including better-sustained speeds, some maneuvering, and a depressed trajectory that would complicate efforts by U.S. missile defenses to intercept the ultra-fast maneuvering strike missile. 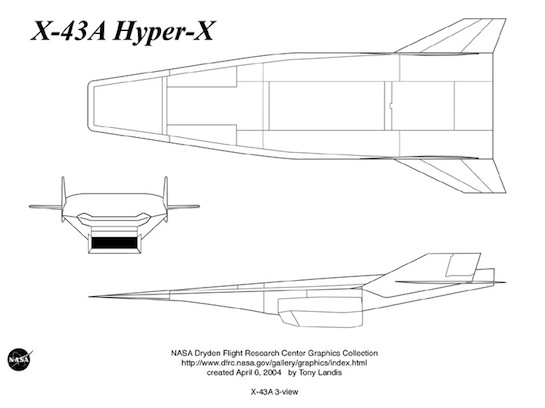 Fisher said the Chinese report does not make clear whether China is concentrating on scramjet power for future weapons. However, it could signal that researchers have made advances in such engines and materials.

Larry Wortzel, a former China-based military intelligence officer, said Chinese hypersonic arms are what Beijing calls "assassins’ mace" weapons that will give China a strategic edge in any future conflict with the United States.

"China is continuing with a number of programs to develop what Beijing considers to be ‘assassins’ mace’ weapons that defeat conventional defenses, including these hypersonic strike vehicles," Wortzel said in an email. "The United States must move forward with its airborne and ship-borne laser programs and electromagnetic guns if we are to be able to counter China's new weapons."

U.S. hypersonic missile programs have been limited by the federal defense spending crisis that has constrained advanced weapons research.

Congress approved $70.7 million for an Army hypersonic missile program—an amount that is considered far less than what both China and Russia are investing in hypersonic arms.

"We, the U.S., do not want to be the second country to understand how to have controlled scramjet hypersonics," Shaffer said.

The Air Force Research Laboratory announced July 3 it will set up a new High Speed Experimentation Branch to study hypersonics at Arnold Air Force Base.

Russian Deputy Prime Minister Dmitry Rogozin said July 3 that Russian missile manufacturers must master the technology for both precision-guided and hypersonic weapons. Moscow has set a goal of 2020 to build its first hypersonic missile prototype.

The review said new weapons capable of striking land from space will have a "serious impact on national security."

Among the weapons being developed by foreign powers, the Chinese military said, are "near space craft, spacecraft, and transatmospheric vehicles."

It was the first time China mentioned the threat posed by the new generation of hypersonic threats in a public document. The report, "Strategic Review 2013," was published by the PLA think tank Center for National Defense Policy.

It warned that "the role of space power is changing from information support, to space command operations and space-to-ground attacks."

"The United States is intensifying the construction of its space confrontation capabilities and building a rapid responsive space system," the report said, adding that the shift has begun from using space for support to ground attacks.

The report noted the U.S. development of near-space strike vehicles, including the X-51, a scramjet powered hypersonic vehicle developed by Boeing, the HTV-2, a glide strike vehicle, and the X-37 space plane launched atop a rocket. The PLA review called these weapons "new measures of power" and stated that they were "a bid to eliminate the boundary between air and space."

Lee Fuell, a technical intelligence specialist at the Air Force National Air and Space Intelligence Center, told a congressional hearing in January that China’s hypersonic glide vehicle was a ballistic missile-launched system that glides and maneuvers to its target at speeds up to Mach 10 (about 7,611 mph).

A Chinese-language version of article is available from the Canada-based Oriprobe information services.