President Obama is being urged to raise the issue of Cuban interrogators who tortured American prisoners of war during the Vietnam War and killed at least one of them.

"President Obama during his current trip to Cuba should ask its leaders to identify those Cubans who participated in the torture of American POWs in Hanoi in what was termed the Cuban Program," said Mike Benge, a former POW and member of the National Alliance of Families, a POW activist group.

Obama and his family arrived in Cuba on Sunday as part of his push to normalize relations with the communist dictatorship in power on the island since 1959.

U.S. officials said Cuban government repression has increased since the president made the diplomatic overture to Cuba during secret talks that began in the middle of 2013. Diplomatic ties were recently restored.

Obama is set to meet with Cuban leader Raul Castro on Monday. Deputy National Security Adviser Ben Rhodes told reporters last week the president would be candid with Castro about "human rights practices that have concerned us in Cuba."

Rhodes did not respond to an email about whether the Cuban interrogators would be raised during the trip. A White House National Security Council spokesman had no immediate comment. "We'll let you know if we have anything to offer," the spokesman said.

"Sen. McCain hopes that President Obama will find time during his trip to Cuba to raise the issue of the Cuban interrogators of American POWs during the Vietnam War," Rachael Dean, a spokeswoman for the Arizona Republican, told the Washington Free Beacon.

"There's a person I want you to help me find when Cuba is free, and that's that Cuban that came to the prison camps of North Vietnam and tortured and killed my friends," McCain said in a speech to Cuban Americans in January 2008. "We'll get him and bring him to justice, too."

The McCain comments prompted a denial at the time from Cuban dictator Fidel Castro, who said of the senator’s remarks that "his accusation against the Cuban revolutionaries [is] completely unethical."

Congressional testimony in 1999 from Robert J. Destatte, an official of the Pentagon’s Defense Prisoner of War and Missing in Action Office, provided the first details of the "Cuban Program" in Vietnam.

"American POWs coined the term ‘Cuban Program’ to describe a program in which a small team of Caucasian interrogators brutally beat and tortured 19 American aviators in a camp our POWs nicknamed ‘the Zoo,’ in Hanoi, between July 1967 and August 1968," Destatte told the House International Relations Committee. "One of the POWs, Air Force Maj. Earl G. Cobeil, eventually died from the beatings." Cobeil was posthumously promoted to the rank of lieutenant colonel. 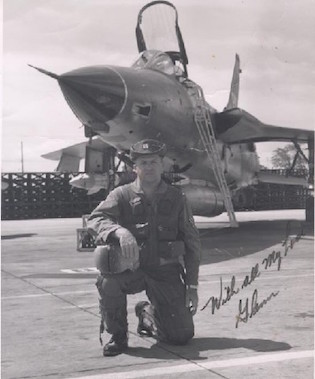 Destatte said the Pentagon first learned of the program from returning POWs and began to try to identify the Cubans. Two of the Cubans, "Fidel" and "Chico" were tentatively identified by the CIA in 1974 but the victims of their torture could not positively confirm the identification, he added.

The program began as a Cuban assistance program that went awry, and was terminated after a Cuban interrogator beat Cobeil into a catatonic state and he later died, Destatte said.

Benge and other researchers also documented the mistreatment of American military POWs in Vietnam by at least three Cuban interrogators during the Cuban program.

Based on Defense Department and CIA documents declassified under the Freedom of Information Act, Benge revealed that 19 American POWs were tortured while in North Vietnam by Cuban interrogators.

"Cuban officials, under diplomatic cover in Hanoi during the Vietnam War, brutally tortured and killed American POWs whom they beat senseless in a research program ‘sanctioned by the North Vietnamese,’" Benge stated in a 1999 report.

Benge, a former Foreign Service officer, spent five years as a POW in Vietnam and has closely studied the region.

Mark Sauter, another researcher on POW issues, said the Cuban involvement in Vietnam POW interrogations was kept secret until 1973. The Cuban activities were a direct violation of the Geneva Convention on Prisoners of War that was signed Hanoi, he said.

"Odds are the Pentagon has never even told the president and his team about the decades-long search for answers on Cuba’s role in torturing U.S. POWs and its potential knowledge of those who never returned home," Sauter said.

"Now that he has reason to know, the president should prove the value of engagement with Cuba by getting this information," Sauter added.

"Evidence shows Havana not only can reveal the identities of those who systemically tortured U.S. POWs, but likely has information on Americans who disappeared during the Vietnam War," Sauter said.

"Cuba should be asked to reveal this information as a condition to the new U.S.-Cuban ‘engagement,’" he said.

A declassified document from June 1973 stated that government agencies were unable to identify the Cuban interrogators of U.S. POWs in North Vietnam, who were likely military or civilian intelligence officers.

"Of the 19 officers who were subjected to the Cuban program, 11 were Air Force and eight were Navy," the Air Force document states, adding that the report contained "comments of the 18 officers who survived the Cuban episode."

"The FBI is cooperating in the effort to identify the Cubans but no leads have surfaced yet through that agency," the document said, indicating the FBI was investigating the matter.

The CIA also was attempting to identify the Cuban interrogators in 1973 through sketches made of by returning POWs, the report said. 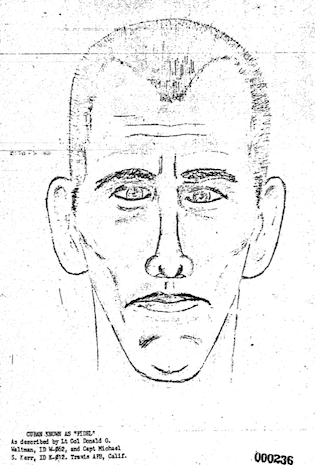 Benge, in his report, identified three of the Cubans as "Fidel," "Chico" and "Pancho" and said their activities in torturing and murdering Americans "is beyond the pale and is clearly in violation of the Geneva Conventions."

"Allowing these Cubans to go unpunished sets an ugly precedent, and adds to America's growing ‘paper tiger’ image," the report says. "Although the Cubans' crimes are smaller in number, they are no less than some of the war criminals that are being tried in Bosnia."

The interrogator identified as Fidel was described in documents based on POW debriefings as "a professional who was trained in psychology and prison control in Russia or Europe."

"Capable of using all forms of psychological and physical methods and was good at them," the report said of Fidel.

The Cuban interrogators were first noticed in Vietnam POW camps in 1967. From the documents, it appears the Cubans were in Vietnam to train Vietnamese military personnel in interrogation techniques and to provide English language training.

A Vietnamese participant in the Cuban program, identified in prisoner report documents as "The Lump," worked closely with "Fidel" and took part as a "torturer and interrogator," one document says.

Researchers confirm that one American POW, Cobeil, died from being tortured by Cubans and Vietnamese during the war. He is listed in documents has having died in captivity in Vietnam.