Secretary of Defense James Mattis on Wednesday called on North Korea to stand down in its pursuit of nuclear weapons or risk taking actions that would "lead to the end of its regime and the destruction of its people."

"The United States and our allies have the demonstrated capabilities and unquestionable commitment to defend ourselves from an attack," Mattis said in a statement. "Kim Jong Un should take heed of the United Nations Security Council's unified voice, and statements from governments the world over, who agree the DPRK poses a threat to global security and stability."

The U.N. Security Council on Saturday voted 15-0 to impose new sanctions on North Korea that U.S. Ambassador to the United Nations Nikki Haley called "a gut punch" to Pyongyang.

"The DPRK must choose to stop isolating itself and stand down its pursuit of nuclear weapons," Mattis continued. "The DPRK should cease any consideration of actions that would lead to the end of its regime and the destruction of its people."

Mattis noted that while the State Department is trying to tackle the North Korea issue through diplomatic means, "it must be noted that the combined allied militaries now possess the most precise, rehearsed, and robust defensive and offensive capabilities on Earth."

The statement concluded with a final warning: "The DPRK regime's actions will continue to be grossly overmatched by ours and would lose any arms race or conflict it initiates." 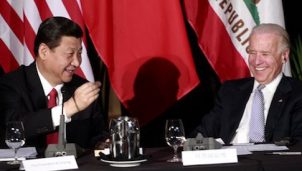