An American member of the Islamic State (IS) was reported killed while conducting a suicide car bomb attack in northern Iraq last week, according to a social media posting by the terrorist group.

The terrorist was identified as Abu Abdullah al-Amriki and was among a group of four IS (also known as ISIS or ISIL) members whose photos were posted on an IS website. The photos showed the bombers and the smoke from the explosions caused in their car bombs.

FBI spokesman Josh Campbell declined to comment on Amriki, citing a policy of neither confirming nor denying investigations. 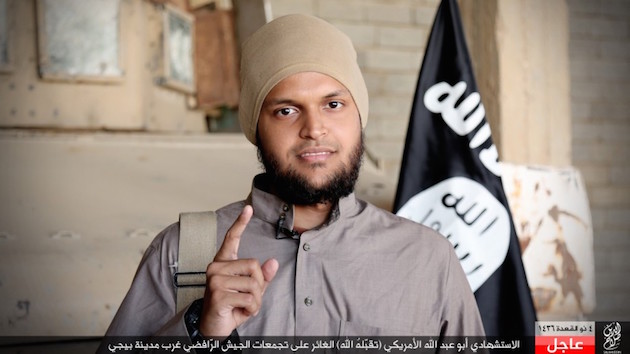 "We do not have any information to provide on this matter," he said.

The U.S. government and allied states have been trying to prevent foreign fighters from traveling to Iraq and Syria to join IS. Current estimates put the total number of foreign terrorists working with IS at around 22,000.

The FBI estimates that at least 200 Americans have tried to join or have joined IS.

"We continue to identify individuals who seek to join the ranks of foreign fighters traveling in support of the Islamic State of Iraq and the Levant, commonly known as ISIL, and also homegrown violent extremists who may aspire to attack the United States from within," FBI Director James Comey told the Senate Intelligence Committee last month. "These threats remain among the highest priorities for the FBI and the intelligence community as a whole." 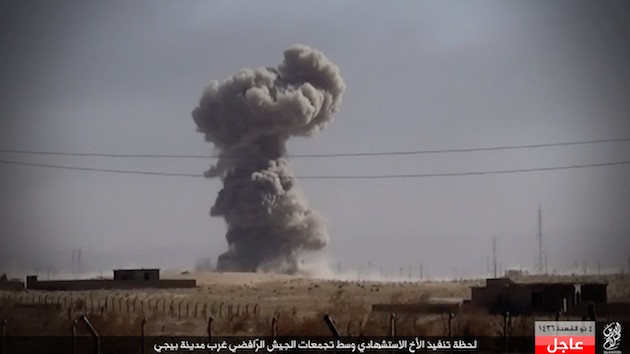 According to the Falcon Group, a security contractor in Iraq, the suicide bombings involving the American IS member were part of a large-scale IS attack on Iraqi security forces and Shia militia positions in the Beiji district on Aug. 14.

Beiji is the location of Iraq’s largest oil refinery located about 130 miles north of Baghdad on the road to the northern city of Mosul.

It has been the focus of fierce fighting and terror attacks by IS against Iraqi government forces. IS fighters have sought to take control of the refinery and neighboring areas.

The Aug. 14 offensive began with between seven and 10 vehicle bombings, followed by direct and indirect fire from some 200 IS fighters.

"The attack was IS’s largest in the area since its complex attack on the Beiji oil refinery, north of the city, on April 14," the Falcon report said.

The offensive in Beiji followed increased Iraqi army efforts to recapture Ramadi from IS and appeared to be a response to an attack on one of the cities it controls.

IS also used car bombing attacks in Baghdad and Diyala as part of its diversionary efforts.

Recent operations near Beiji included Iraqi army attacks that killed an IS leader and three aides on Monday.

Coalition aircraft also conducted an airstrike in the region on Monday, killing 28 IS militants.

On Wednesday, IS carried out a car bombing in Beiji near Shiite militia forces that killed 21 fighters.

New Iran Nuclear Deal Could Allow Iranian Terrorists Into US