Hagel in 2003: Israel Keeps ‘Palestinians Caged Up Like Animals’

Defense secretary nominee Chuck Hagel protested what he called the "completely distorted" record on Israel that his critics are promoting in an interview earlier this month with his hometown newspaper.

Yet a decade earlier, the same newspaper–the Lincoln Journal Star–quoted Hagel making a startling accusation against Israel in a Jan. 12, 2003 article. Israel, Hagel declared, was "keep[ing] Palestinians caged up like animals."

Hagel does not elaborate on the claim or explain how Israel keeps Palestinians caged up like animals in the Journal Star account. But the comment is consistent with other Hagel outbursts against the Jewish state, such as a similar accusation in 2007 that Israel has kept the Palestinian people "chained down for many, many years."

Israel's alleged wrongdoing was not the only criticism lobbed by Hagel in the Journal Star article. He also condemned the Bush administration's handling of the peace process and Iran, saying, "We're not handling the Iranian situation the smart way. The worst thing we can do is try to isolate a nation."

Last week, in a meeting with Sen. Chuck Schumer (D, N.Y.), Hagel came out against what he had previously called the "smart way" and endorsed isolating the nation of Iran. 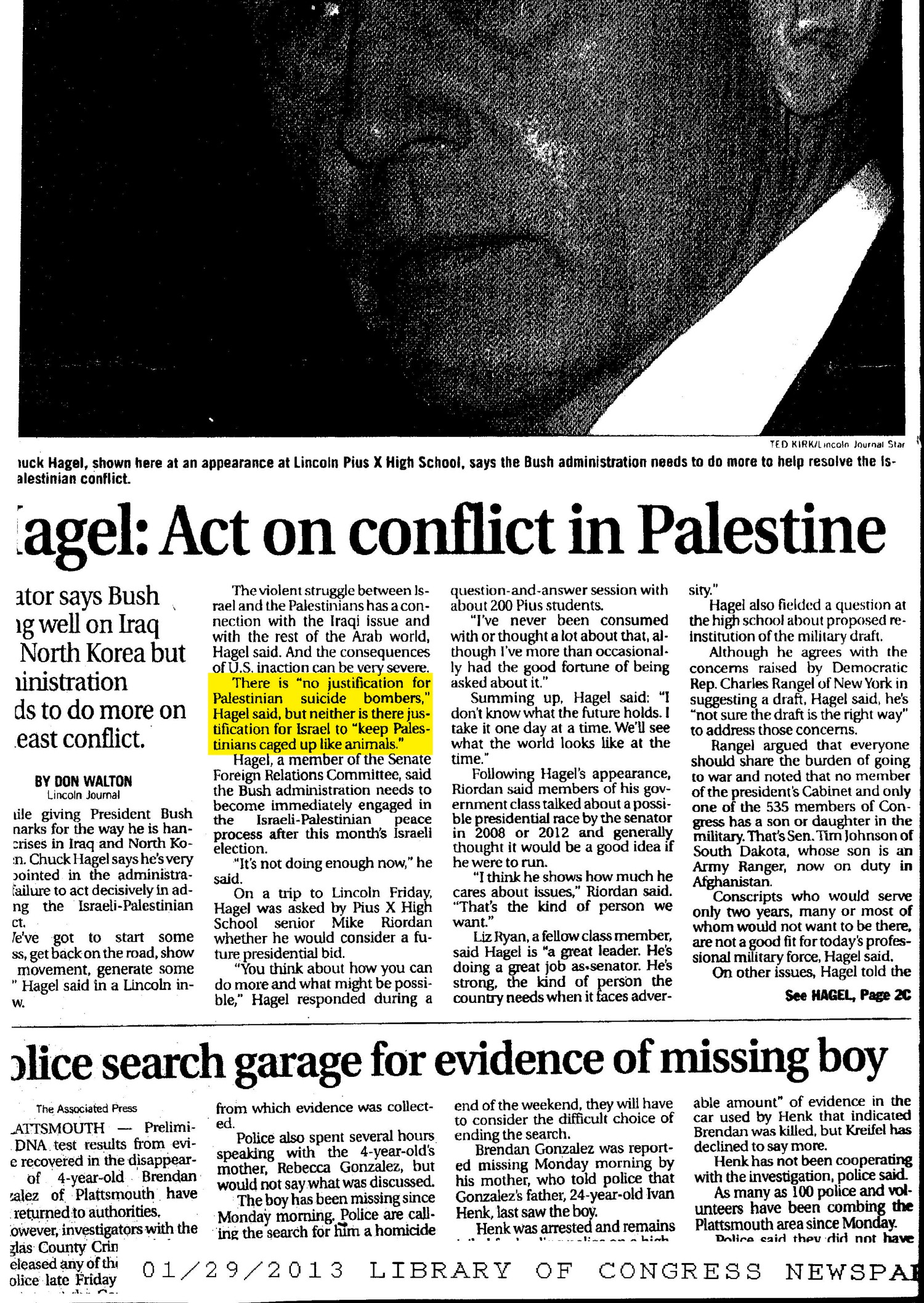 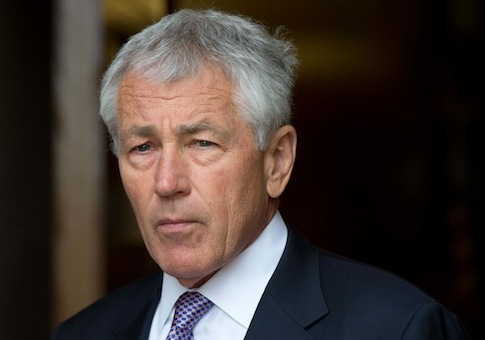 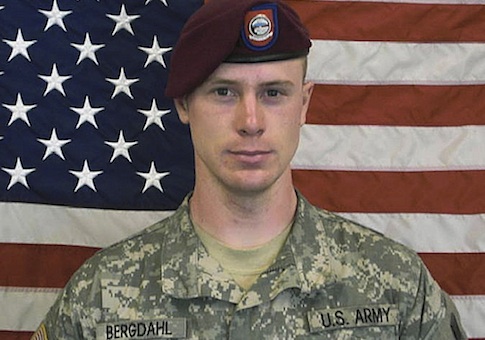