UPDATE 3:11 P.M.: Following publication of this story, serious questions have been raised about the authenticity of some of the photographs provided by Sen. Jim Inhofe (R., Okla.). Several images of the Russian convoys appear to have been taken in 2008, during Russia's conflict with Georgia. Given the similarities between the earlier images and those provided by the senator's office, the Washington Free Beacon is investigating further and will update as necessary.

When asked about the discrepancies, Donelle Harder, Inhofe's communications director, said that the office is checking back with its sources.

"These were presented to the Armed Services Committee from a delegation from Ukraine in December," Harder said. "In December, we talked to them about publishing the photos and giving them the credit, and they were fine with that. We thoroughly checked our sources again prior to releasing the photos, and felt confident proceeding because the photos also match reporting. We are currently making calls to our sources."

UPDATE 7:10 P.M.: Sen. Inhofe said in a statement: "The Ukrainian parliament members who gave us these photos in print form as if it came directly from a camera really did themselves a disservice. We felt confident to release these photos because the images match the reporting of what is going on in the region. I was furious to learn one of the photos provided now appears to be falsified from an AP photo taken in 2008. This doesn't change the fact that there is plenty of evidence Russia has made advances into the country with T-72 tanks and that pro-Russian separatists have been killing Ukrainians in cold blood."

Rosie Gray of Buzzfeed has the list of members of the Ukrainian delegation that duped Senator Inhofe here. "None of the Ukrainians on the list are particularly well known to Westerners and the list does not include high-level government officials," Gray reports. The Washington Free Beacon regrets the error.

New photographs exclusively obtained by the Washington Free Beacon reveal that Russian military forces have been more involved in the arming and training of Ukrainian separatist forces than previously disclosed.

The new photographic evidence conflicts with numerous statements by Russian President Vladimir Putin denying his country’s involvement in the arming of pro-Moscow separatists in Eastern Ukraine, where a tentative ceasefire between the sides was struck on Thursday.

Despite Putin’s insistence that Russian military forces are staying out of the bloody conflict, the new photographs viewed by the Free Beacon provide evidence that Ukrainian forces have been targeted by Russian armored personnel carriers, thermobaric weapons, and other Russian munitions.

The new evidence could help bolster the case on Capitol Hill for a new piece of legislation that would enable the United States to provide lethal military aid to the Ukrainians, who have been asking America for such support for months.

The pictures were taken between Aug. 24 and Sept. 5 in the midst of a Russian-backed incursion into Eastern Ukraine. The fighting has only grown more bloody in the ensuing months, as hundreds more Russians enter the country, according to congressional sources briefed on the conflict.

Members of the Senate Armed Services Committee first viewed the graphic pictures in December. Sen. Jim Inhofe (R., Okla.) then obtained the photos and worked to independently verify and confirm the authenticity of the photos, before providing them exclusively to the Free Beacon.

Inhofe said he hopes the images act as a wake up call to the Obama administration and American people, who largely have been spared from seeing the graphic violence inflicted upon Ukraine by the Russian-backed separatists.

"Putin has specifically said he’s not supplying the tanks and all the equipment, so we wanted to bring back to America the actual pictures that prove those are T-72 Russian tanks and they were over there," Inhofe told the Free Beacon in an interview on Thursday.

Proof of Russia’s deep involvement in the conflict could spur members of Congress to back Inhofe’s bill to provide the Ukrainians with lethal aid.

"These pictures showing the decomposed bodies, their heads chopped off, hanging upside down, show that the separatists under the support of Putin are just as bad as what’s happening with ISIS," or the Islamic State (IS), Inhofe said.

In one series of photographs, Russian troops can be seen entering Ukraine on T-72 tanks and Russian-made BMPs. Ukrainian separatists would not have the proper training to operate such advanced hardware. 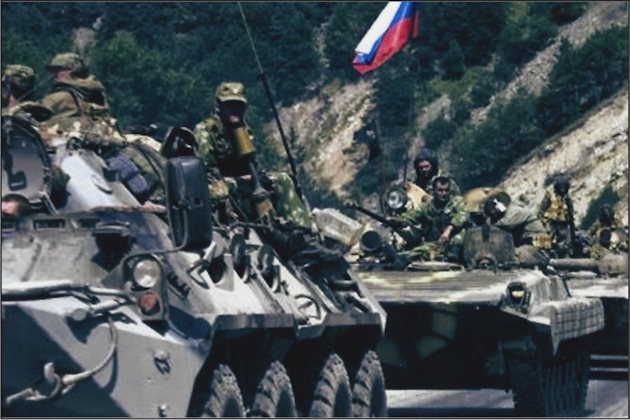 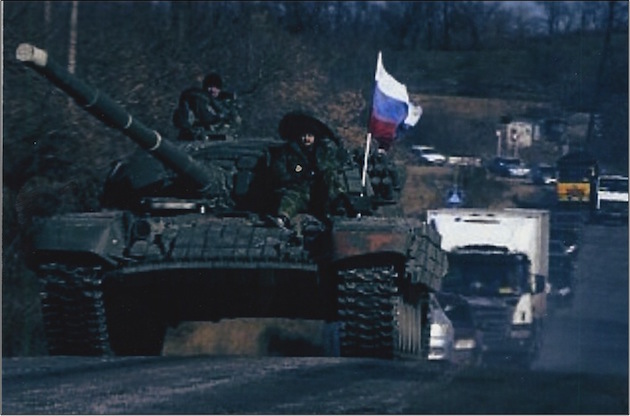 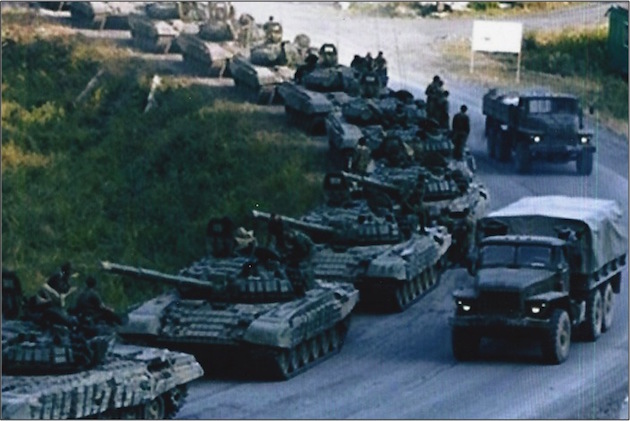 Another set of graphic pictures show the remains of Ukrainian soldiers killed by Russian troops and weapons, including armored personnel carriers, according to congressional sources briefed on the photos. 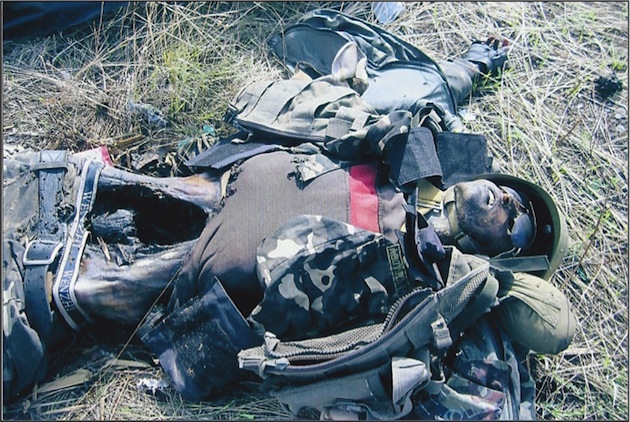 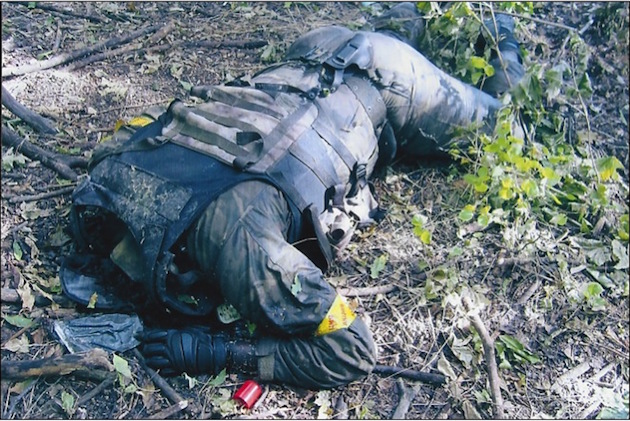 In yet another group of pictures, the burnt bodies of Ukrainians hit by a thermobaric weapons can be seen lying on charred ground.

The photos make the case that more must be done by the United States to help the Ukranian government counter Russia’s onslaught, according to Inhofe. 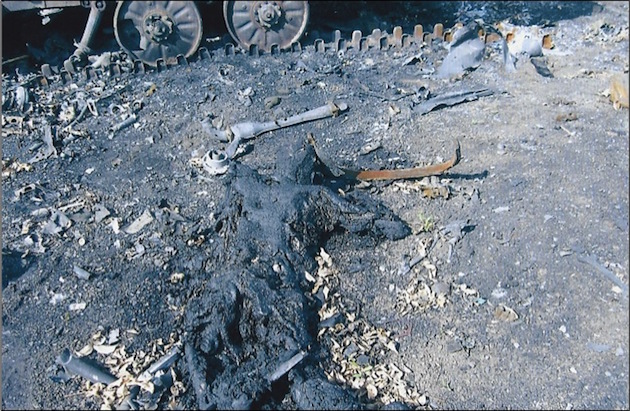 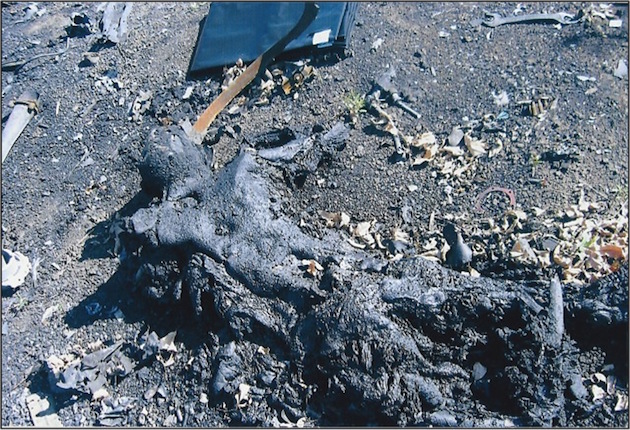 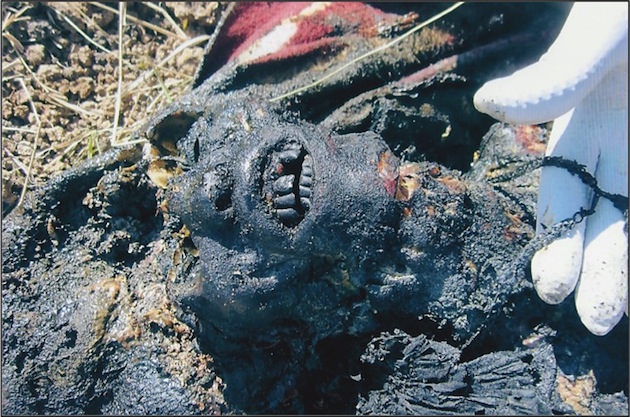 "They don’t have anything to defend themselves against these tanks," Inhofe said. "That’s what we need to be doing is giving them the equipment and the weaponry they need. There’s no better way to do that and draw attention to it than letting people see these pictures."

The violent images may shock many Americans who have not been made aware of the extent of the violence plaguing Ukraine, Inhofe said, blaming such ignorance on the Obama administration, which has gone to great lengths to downplay the conflict.

"The Obama admin is so slow to recognize" and identify the problems "taking place around the world," Inhofe said." They just don’t want people to believe these things are happening."

The White House’s inaction has only emboldened Putin, Inhofe added.

"Putin knows, number one, what this president has done to our military, he knows what our capabilities have reached," he said. "He’s also aware that we have a president over here with blinders on. He doesn’t want to know what’s going on around the world."

The bill would authorize the United States to send lethal weaponry and require Obama to provide Congress with a "comprehensive strategy" to support Ukraine going forward.