The three Americans who became heroes on Friday when they thwarted a terrorist attack during their vacation through Europe were awarded France’s Legion d’honneur from President François Hollande on Monday.

Alek Skarlatos, Spencer Stone, and Anthony Sadler were riding on a train to Paris when they noticed the heavily armed Moroccan gunman in a struggle with another man. After the terrorist, Ayoub El-Khazzani, shot the man, he was tackled, disarmed, and badly beaten by the three Americans.

Here are five things you need to know about Skarlatos, Stone, and Sadler.

They beat the terrorist until he was unconscious 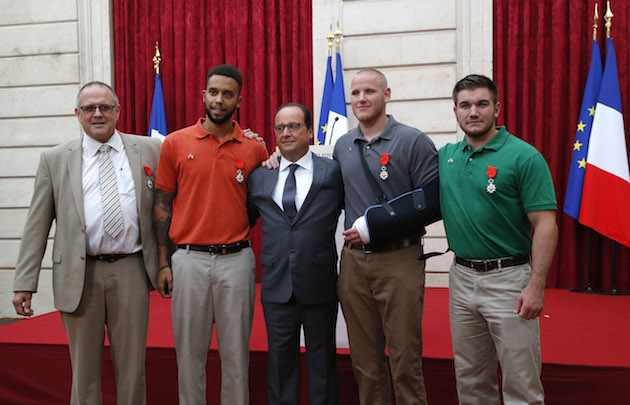 Once they had successfully disarmed El-Khazzani and tackled him to the ground, the three Americans ensured that the job was complete by continuing the onslaught until he was unconscious.

"The three of us beat him until he was unconscious," he said.

"He seemed like he was ready to fight to the end," Stone said. "So were we."

The incident started while the three were napping 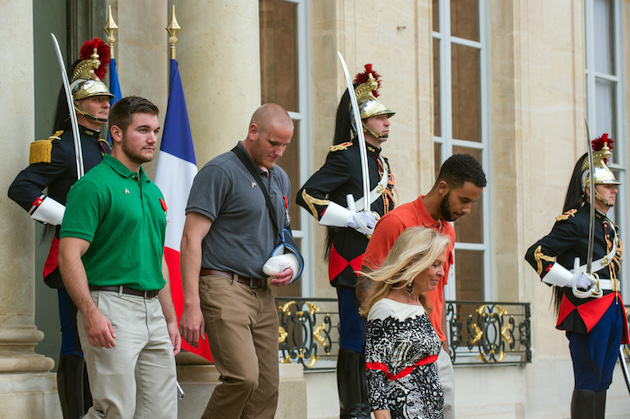 The group—which had just left Amsterdam—was actually asleep when the incident broke out, and did not wake up until El-Khazzani fired his gun.

Immediately after they woke up, they say that the gunman came running by and immediately decided to take action.

Stone says he was in a "deep sleep," but that when he woke up his first thought was about "survival, to survive and for everyone on the train to make it."

Skarlatos has always wanted to be a cop, protecting people is "what he lives for" 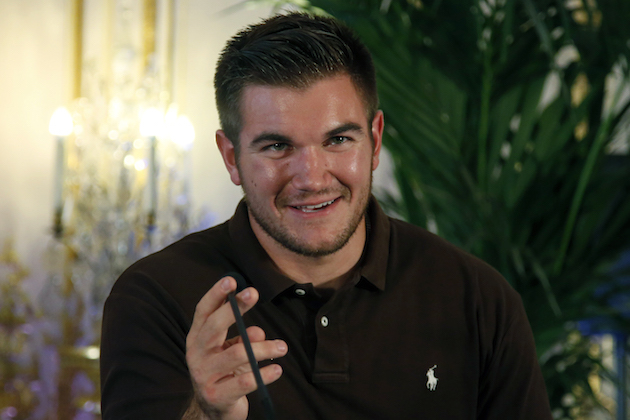 Skarlotos’ brother says that when he heard the amazing story of what he had done, it sounded like "just another day."

"It was almost like he was just describing just a regular day to me," said Solon Skarlatos. "You expect him to do this."

Skarlotos just returned from deployment in Afghanistan and plans to be a police officer when he is out of the Oregon National Guard.

Protecting people "is kind of what he lives for," explained his mother. "This is kind of right up his alley."

Nobody is surprised that Stone is now known as a hero 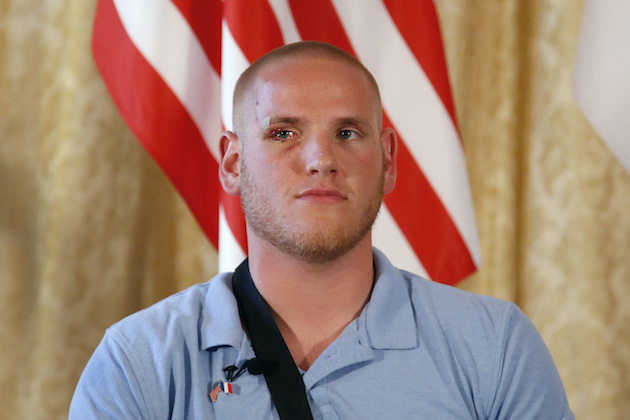 When friends and family heard about the actions of Stone, who was slashed by El-Khazzani’s box cutter during the initial take-down, nobody found the story hard to believe.

"I think it's consistent with Spencer’s attitude towards life," said his father.

"I’m not surprised he took actions into his own hands, that’s why he wanted to join the Air Force in the first place," said a close friend.

His high-school basketball coach said that Stone was an "inspiration" on his team and described him as a "blue-collar straight shooter."

"It doesn't surprise me that he stepped up," said his coach. "He was always trying to pick up his teammates, from giving somebody a high five, a classmate or a teammate. After he graduated he sent me a link to a motivational speech to use in my psychology class."

His co-workers at the grocery store where Stone worked as a bagger all agreed.

"He always seemed like he would be there to help people out if they needed it," said a co-worker.

Sadler did not stop once the fight was over 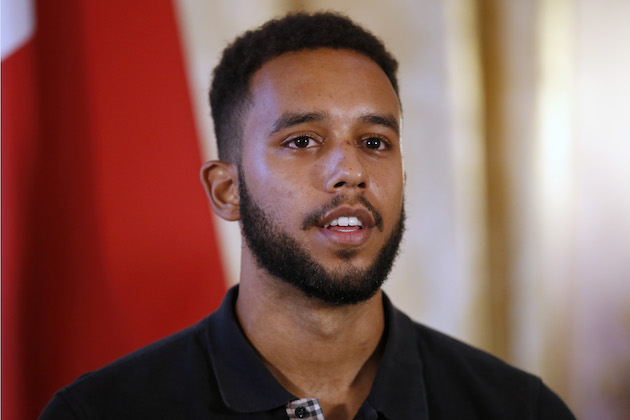 Even after the terrorist was overpowered, Sadler stayed in emergency mode and worked to keep the situation in order.

"[Sadler] came running into our car, yelling that the shooter was overpowered by American soldiers on leave, that everything was fine," said another passenger on the train. "He reassured us, he looked for survival blankets and a first aid kit for two seriously injured people."

Each one of the close group of friends has praised the others for the heroic act.

"The gunman would have been successful if my friend Spencer had not gotten up," said Sadler, but Stone says that if it wasn't for the others he "would have been dead."

"I trust both my friends very much," Stone said. "If it wasn’t for them I would have been dead."