Egypt’s Christians in the Shadow of the Muslim Brotherhood

In the nearly five years of turmoil that have followed the resignation of President Hosni Mubarak in 2011, no group in Egypt has suffered more than the 15 million Coptic Christians. Both a religious and ethnic minority, the Copts are descended from the native population of Egypt who lived and ruled there from the time of the pharaohs until the Roman conquest in 31 B.C. They are the largest Christian community in the Middle East today.

Copts have long been the target of discrimination and persecution in the majority-Arab nation. But this ancient people faced a terrifying new prospect in 2012: Muslim Brotherhood rule.

After Mubarak was ousted, the violence began almost immediately. Churches and schools were burned; peaceful protestors were massacred. When parliamentary elections were held nine months later, they were swept by the Muslim Brotherhood and other Islamist parties. When Mohamed Morsi won the presidential election in May 2012, the party’s victory looked complete. The same year, Morsi gave himself unlimited powers and the party drafted a new constitution inspired by Sharia law.

Morsi benefitted from the organizational advantage of the Muslim Brotherhood. Backed by imams preaching the benefits of religious rule, the previously banned political party was able to defeat the fractured coalitions of the pro-West, liberal, and secular candidates.

"They used thugs to carry out political intimidation against Christians," a former member of Egyptian Parliament told the Washington Free Beacon. Chants celebrating the Brotherhood victory echoed through the streets of Cairo. "Morsi won! Copts out!" 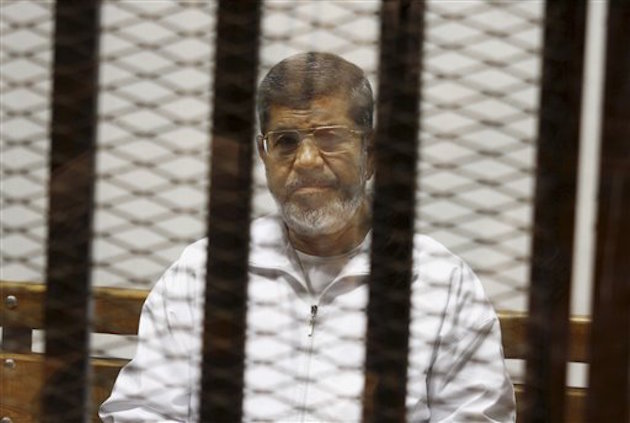 During Morsi’s rule, Christians were murdered and tortured by the hundreds. Attacks and abductions of Christian children spiked significantly. "Most Americans do not know how vicious and bloody the Muslim Brotherhood is," Ahmed, a 24-year old secular Muslim, said. "They really can’t understand."

Public accusations of blasphemy also became ubiquitous. A Facebook post interpreted as undermining Islam could bring a mob of fundamentalists with rocks and Molotov cocktails to the homes of Christians, surrounding them with families trapped inside. Sham trials with no legal representation would follow. Anti-Christian terrorism was not punished, but the wrong words often landed Copts in prison, forcing the church to make public apologies and families to leave their towns and villages.

Lydia, an activist who provides relief supplies to torn Christian communities in Upper Egypt, and who requested that only her first name be used to preserve her safety and that of her colleagues, witnessed the Muslim Brotherhood offer the very poorest Egyptians social services that bought their allegiance. "When you have no food or money, you will listen to anyone who gives you the resources your family desperately needs," Lydia said. "They brainwash the illiterate with extremism so they hurt Christians."

Still, Morsi’s authoritarian rule—rewriting the constitution, disbanding the Egyptian parliament, tossing potentially obstructive judges into jail—was not long lived. Barely a year after he assumed office, a reported 35 million citizens took to the streets to protest his rule, leading the Egyptian military, under Gen. Abdel Fattah al-Sisi, to remove him from power in July 2013. 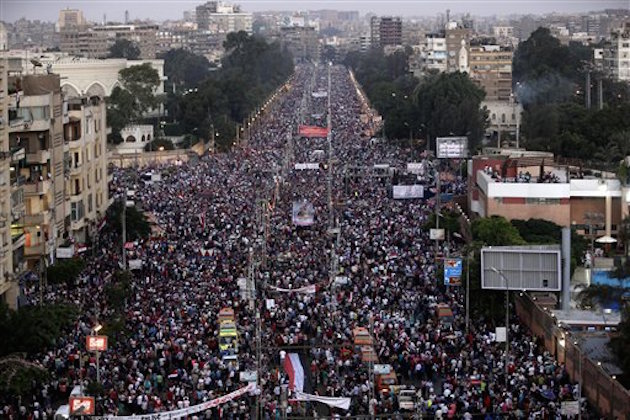 Sen. James Lankford (R., Okla.) told the Free Beacon that had al-Sisi not responded, the promise of Egyptian Democracy would have died. "What it seemed the Egyptian people wanted was more opportunity to be able have some sort of functioning democracy, elections, input into their own government," Lankford said. "It was the immediate understanding as soon as the Muslim Brotherhood was elected, that was the last election Egypt would have."

In 2014, al-Sisi was elected Egypt’s new president. He won a solid electoral victory, giving him control of the Egyptian government with the responsibilities of forming a new constitution, a new parliament, and a new judicial system. The Coptic Church fervently supported al-Sisi’s candidacy because the new president promised Copts equality in citizenship, security in their communities, and the ability to build places of worship.

The new Egyptian president challenged the leaders of the Islamic world to push a more moderate message. In December 2014, hundreds of Christian and Muslim theologians gathered at al-Azhar, Egypt’s leading mosque and religious university, participated in a conference to fight "jihad" and promote inclusion. Al-Sisi ambitiously called for a "religious revolution" in January 2015, saying that clerics bear responsibility for the growing extremism in the Middle East.

As president, al-Sisi took many symbolic steps to integrate the Coptic community with the majority Sunni population. In a surprise to most Egyptians, al-Sisi attended a mass at Saint Mark Orthodox Cathedral in Cairo on Christmas Eve, a first for any Egyptian president. Al-Sisi regularly invites Pope Tawadros II to appear beside him when he announces major policy rollouts or requests public dialogue from senior advisers.

Al-Sisi also appointed two Copts as members of his cabinet. Under the constitution, the president of Egypt has the power to select 10 members of parliament. Political observers believe he will select Copts to fill a majority of those appointed seats to offer a more representative parliament.

"Our lives haven’t changed much but one positive result of the revolution is the Egyptian people have politically woken up," said Hala, a Mubarak-era government official who also wished to be identified by her first name only because she fears political retribution. "We no longer accept what we are told. Egyptians are at least aware of the government’s actions and they are more aware of the troubles Copts face."

But while al-Sisi’s administration provides a welcome change of tone toward the Coptic community, the day-to-day lives of Copts remain little changed from the Mubarak days.

Coptic Solidarity is a five-year-old public charity organization and advocacy group devoted to advancing equality for Copts in Egypt. Their efforts have helped raise awareness about the persecution Christians face in the Middle East. Alex Shalaby, an Egyptian businessman currently residing in the United States and Coptic Solidarity’s new president, believes Egypt under al-Sisi has continued many of the same practices as previous presidents Sadat, Mubarak, and Morsi.

"Discrimination is rampant, especially in Upper Egypt. We still see reconciliation tactics pressuring the closing of Christian churches and there are still very few Coptic government appointees, he explained. "Coptic Solidarity monitors all developments within Egypt and we are not able to say much has been accomplished in terms of real change to improve Coptic lives in the last 12 months."

Human rights groups have been critical of al-Sisi’s record. Amnesty International’s Hassiba Hadj Sahraoui accused the president of "employing the same methods of torture and other ill-treatment used during the darkest hours of the Mubarak era." The Egyptian government received heavy criticism after a court sentenced hundreds of Muslim Brotherhood members to death, intensifying its crackdown on Islamists.

Despite assurances from al-Sisi, sectarian violence still regularly occurs in the rural villages of Upper Egypt where the government has less control.

In Nasreya, Islamists responded to a video of five Christian students making fun of the Islamic State terrorist groups by demanding the students be turned over to the authorities for insulting the religion of Islam. Villagers hurled rocks at Copts and vandalized their property. No arrests were reported for the attacks but the teacher and students were imprisoned for days.

On March 26, 2015, in El Galaa another horde gathered to protest the building of a new church that served 1,400 Christians, also attacking Christian homes in a similar manner. The local government forced the new church to have no outer symbol of Christianity. In Mayana and Abu Qurqas villages, police raided churches, confiscated items from the altar, and shut down reconstruction work.

Lydia, the activist based in Upper Egypt, has witnessed firsthand the damage from these attacks. "I had to console a girl, nine years old, crying because she was afraid her parents were going to be kicked out of their own home," she said.
"They are poor, illiterate, and now their home is burned and their own community has banned them. All because they are Christians," she continued.

"The police don’t bother to protect Christians. They do the exact opposite in Upper Egypt," Lydia said. "The local governments have been loaded with Islamists for years."

But violence is not exclusive to the country’s outskirts. On June 30, 2015, the two-year anniversary of the popular uprising against Morsi, Islamists detonated bombs by the homes of well-known Christians. Additionally, The Fathers Church in Alexandria was firebombed on July 22, 2015. This summer’s assassination of Egypt’s Attorney General Hesham Barakat in a car bombing, reportedly carried out by a wing of the Muslim Brotherhood, served as an ugly reminder that Egypt’s violence has not passed. 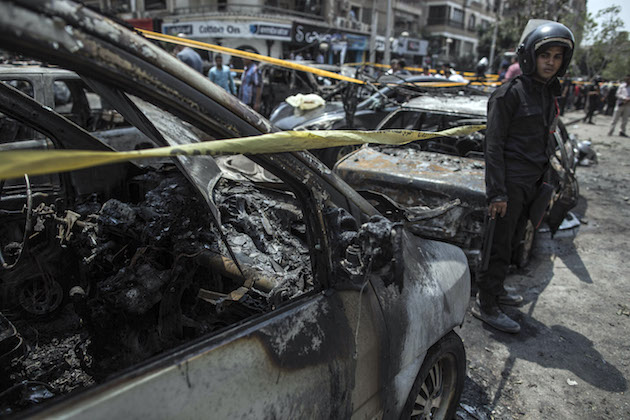 Despite these problems, al-Sisi still enjoys support among prominent Copts. Amir Ramzy is a prominent Coptic judge and public figure in Egypt’s legal system, and a loyal defender of al-Sisi’s administration.

"We cannot remove prejudice overnight," Ramzy said. "We must focus on changing the attitude of the people on the ground first."

The judge pointed to the dire state al-Sisi found the country in when he took office as reason for slow progress.

"Egypt is fighting Islamists inside and outside our borders. Egypt is fighting a horrid economy with massive unemployment. Al-Sisi is taking on large projects to change these conditions," Ramzy said. "It is difficult to control chaos and promote social change at the same time."

The judge referred to the decades it took the United States to implement civil rights reforms. He asked for reasonable expectations out of Egypt’s new president and insists under al-Sisi the country is heading in the right direction. "Just one year after his election, Egypt has new roads, a new canal, new investments, and a new hope for the poor." 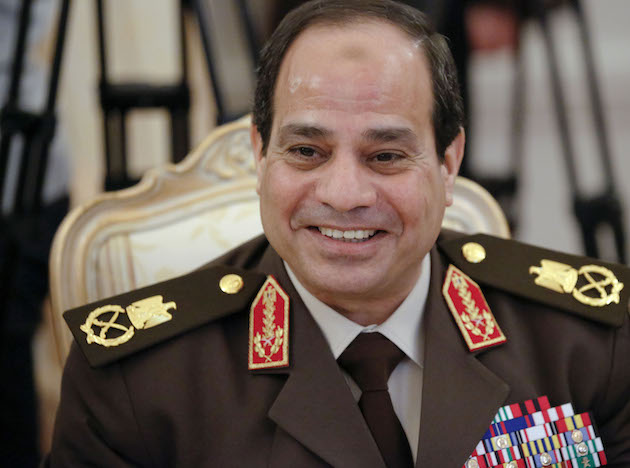 Copts view the Obama administration cynically. Egyptians now whisper that the American president who pleased Arab liberals with his speech "A New Beginning" at al-Azhar in 2009 is secretly funding the Muslim Brotherhood and purposefully neglecting the Islamic State. A group of Copts protested outside of the White House in February 2015, demanding more aggressive action against IS following the beheading of the 21 Copts.

Al-Ahram, the largest newspaper in Egypt, published reports in 2013 that the United States diplomatic mission in Egypt, led by Ambassador Anne Patterson, was discouraging Coptic Christians from participating in protests against Morsi. Even though Patterson adamantly denied the accusations, the report sowed more distrust among Copts.

Tensions between the Coptic community and the administration worsened when, in the same year, an Obama Homeland Security adviser named Mohamed Elibiary suggested Copts raising awareness of their persecution were promoting "Islamophobic" bigotry. Elibiary, who generated controversy due to views perceived by some to be friendly to the Muslim Brotherhood, released a series of tweets with the R4BIA salute, perceived to be a symbol of hate by many in Egypt.

Following the ouster of Morsi, the United States canceled weapons deliveries to Egypt and halted all military aid. As the White House took its time to build a relationship with al-Sisi, Russian President Vladimir Putin visited the country and signed a nuclear agreement.

The White House announced in the spring of 2015 that weapons deliveries to Egypt would ultimately be resumed.

Despite the uneasiness in the country, Christians believe they will one day be equal citizens in their homeland. Such progress may be slow and painful, but amidst anxiety there is hope in Egypt.

Much of this hope is derived from the perception of al-Sisi’s decent treatment of the Copts. Ramzy, the judge, told the Free Beacon, "al-Sisi may not be perfect, but he is Copts’ best chance to promote ourselves from second class citizens. He should receive America’s support."