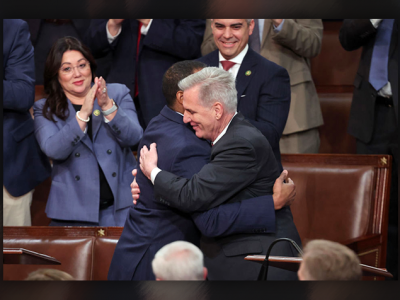 A recent "slowdown" in key U.S. military shipments to Egypt has significantly impacted the country’s ability to combat terrorism in the lawless Sinai region and elsewhere, according to a group of former U.S. military leaders who recently returned from meetings with senior Egyptian officials.

This purported slowdown is said to have hindered military efforts to combat terrorist forces in Egypt’s Sinai region and cut off the flow of weapons across the porous Libyan border, according to Allard and others.

Senior Egyptian military leaders "told us there’s a problem in getting the AH-64 Apache helicopter" and other replacement parts for their F-16 fighter jets, Allard said during a Tuesday press briefing.

Both of these aircraft have been critical in Egypt’s fight to stop Muslim Brotherhood-aligned terrorists who have gathered in Egypt’s Sinai region and could be attempting to smuggle weapons across the Libyan border.

The problems are "part of a slowdown" in U.S. weapons shipments since the Egyptian military deposed former President Mohamed Morsi in what Americans have dubbed a "coup," Allard told the Washington Free Beacon.

Egyptians have also noted a stoppage in deliveries of additional F-16 parts, according to retired U.S. Air Force Lt. Col. Rick Francona, who also participated in the trip, which was organized by the Westminster Institute.

These critical F-16 parts were being used to modernize the American-made F-16 planes and make them more efficient.

The Egyptian military is consequently "having to cut back operations in the Sinai" that are meant to prevent terrorist attacks, according to Francona.

This cutback includes surveillance operations in the Sinai and near the Libyan border, he said.

The Muslim Brotherhood is "getting all these weapons from Libya, there’s a pipeline coming through there," Francona warned.

This supposed slowdown in U.S. military shipments could force the Egyptians to pivot to Russia for their military needs.

"We’re in danger of losing a key strategic ally in the Middle East, the linchpin of the Middle East." Allard said. "I heard [Egyptian] generals say, ‘Friends do not treat friends this way.’"

It "shows you what we’re talking about with the Russian potential," he added.

The State Department is remaining mum about the future of the U.S. military alliance with Egypt, which has topped $1.3 billion.

"Consistent with the president’s direction, the national security team is continuing its review of our assistance to Egypt," a State Department spokeswoman told the Free Beacon. "We are not going to discuss any internal decision making that is taking place between senior U.S. officials on this issue."

Asked if shipments have slowed in recent weeks, the official responded, "We do not have any updates on that review beyond what the administration has already said."

A Pentagon spokesman referred requests about U.S. military aid to the State Department.

State Department spokeswoman Jen Psaki said to reporters on Tuesday that the fate of U.S. aid to Egypt is still being debated as the government grapples with a partial shutdown.

Nearly $600 million in promised U.S. aid must still be appropriated to Egypt, Psaki said. The money will be placed in a fund and require Obama administration approval before it is spent by Egypt.

"They are very upset with the U.S.," said retired Maj. Gen. Paul E. Vallely, a former deputy commanding general for the U.S. Army Pacific Command. "That we didn’t do our homework better, that our State Department didn’t do their homework better and sided with the Muslim Brotherhood."