North Korea appears to be preparing for a test launch of a new intermediate-range ballistic missile that would further heighten tensions in the region following an underground nuclear test earlier this month.

Test preparations for the launch of a road-mobile Musudan intermediate-range ballistic missile were spotted recently by U.S. intelligence agencies.

Signs at a remote missile base include indicators of fueling for the road-mobile Musudan missile, classified as an intermediate-range ballistic missile (IRBM), said officials familiar with intelligence reports.

North Korea conducted an underground nuclear test on Feb. 12, prompting international condemnation. It was the third test since 2006 and raised new concerns among Western intelligence agencies about whether North Korea is close to fashioning a warhead small enough to fit on a missile.

North Korea in the past has conducted missile tests around the time of its nuclear blasts.

The Musudan has not yet been flight tested so the expected missile launch would be the first.

U.S. officials told the Washington Free Beacon in early February that the North Koreans were expected to conduct a missile flight test around the time of their underground nuclear test. The missile to be test launched was said to be either a Musudan or the longer-range KN-08 road-mobile ICBM capable of hitting parts of the United States.

Details of the location of the possible Musudan launch could not be learned.

However, the missile was developed at a large launch complex near Musudan-ri in the northeastern part of the country. That launch complex was used in April 2009 to fire the long-range Taepodong-2 missile. 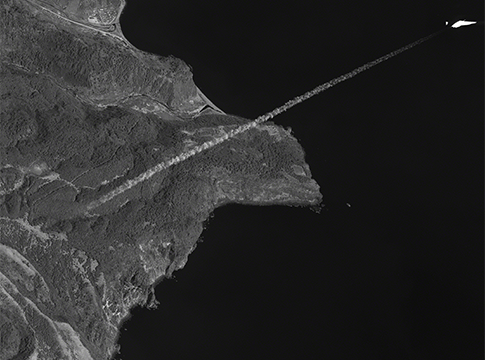 North Korea in February 2010 was in the process of building a much larger missile launch complex that "is being constructed on the west coast of North Korea to launch a very large missile," according to leaked State Department cables.

South Korea’s Chosun Ilbo reported Feb. 18 that North Korea conducted a combustion test of a KN-08 missile at a launch site called Tongchang-ri, in North Pyongan province on Feb. 11. An official told the paper that Pyongyang is still conducting tests to improve the engine and that the testing suggests the missile is still being developed and thus unlikely to be flight tested soon.

U.S. officials said they could not confirm that the engine test occurred.

One Western diplomatic source said the North Korean military might be reluctant to conduct a long-range missile test because of fears the test would be a failure and embarrass the military under the new regime of Kim Jong Un.

Press reports from South Korea in 2010 stated that about a dozen Musudan missiles were fielded at bases in Yangdok, South Pyongan Province, Sangnam-ni, Hochon, and North Hamgyong Province.

The Musudan was first made public during a military parade in April 2007 and has been under continuous development since then.

A classified State Department cable on North Korea’s missile program from 2009 stated that the Musudan IRBM is a single-stage, road-mobile system with a range of up to 2,480 miles and a warhead weighing up to 500 kilograms.

"The Musudan is derived from the SS-N-6 submarine-launched ballistic missile (SLBM) and represents a substantial advance in North Korea's liquid propellant technology," the cable said.

The cable also said North Korea probably provided Iran with a shorter-range variant of the Musudan, called the BM-25, and noted that the missile technology "would provide Iran with more advanced missile technology than currently used in its Shahab-series of ballistic missiles and could form the basis for future Iranian missile and [space-launch vehicle] designs."