Law enforcement and intelligence authorities investigating the Boston terror bombings suspect al Qaeda terrorists were behind the blasts that killed three and injured scores although so far there is no firm evidence.

A U.S. official familiar with briefings on the probe into the blast said investigators remain stymied in determining who was behind the bombings near the finish line of the Boston Marathon Monday.

So far there has been no claim of responsibility, something that in the past was a characteristic of al Qaeda’s attack methodology. Senior jihadists monitored by Western intelligence agencies on the Internet remained silent in the hours after the bombings, officials said.

Richard DesLauriers, FBI special agent in charge in Boston, said in an an afternoon press conference that among the items recovered form the bombing were fragments and BB’s "possibly contained in a pressure cooker device."

The devices were placed in a dark-colored nylon bag or backpack.

"At this time there are no claims of responsibility," he said. "The range of suspects and motives remains wide open."

Asked if al Qaeda was behind the attack, a U.S. government spokesman said it was too soon to tell.

However, initial reports indicate the bombs were fashioned from pressure cookers and designed to avoid detection by bomb-sniffing dogs. Investigators believe the devices were delivered in duffle bags and are now searching surveillance video of Boston for clues. An al Qaeda magazine in 2010 directed terrorists to use kitchen materials to make bombs, including pressure cooking bombs, for killing "tens" of people.

The bombs contained metal pieces designed to increase their lethality.

The official said the use of a pressure cooker bomb device also is an indication that more than one person was involved in the attacks. 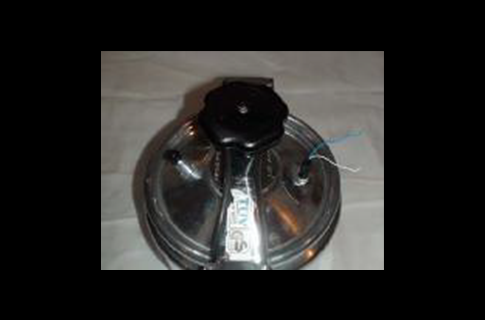 Pressure cooker bomb from the 2010 al Qaeda journal Inspire under a section "Open Source Jihad: Make A Bomb in the Kitchen of Your Mom."

"If your reports say the organization is a danger, we strike you on your own turf and show ourselves to be more dangerous than you expect, with operations that dazzle your security experts," Dhu-al-Bajadin stated, according to a translation of the report.

Dhu-al-Bajadin is known as a key al Qaeda weapons specialist who in the past presented information to jihadists on how to conduct chemical or conventional attacks. He predicted in 2010 that al Qaeda would conduct a poison gas attack on the United States.

Another online report from April 1 quoted an Ahmad Bin Laden who posted a YouTube video urging the White House to withdraw all U.S. troops from Saudi Arabia by May 31. The jihadist announced plans for "a thunderous war against all the vital sectors in America."

"You are forcing us to escalate and destroy your country and its people," the video stated.

Al Qaeda’s first issue of Inspire magazine published in July 2010 contained an article on how to construct a bomb in a kitchen that will be undetectable to sniffer dogs.

The article, headlined "Make a bomb in the kitchen of your mom," urges jihadists in the United States and Europe to "work inside the West such as the operations of Nidal Hassan and Faisal Shazad"—the Islamist attacker in the U.S. military who conducted the Fort Hood shooting and the failed Times Square bomber, respectively. 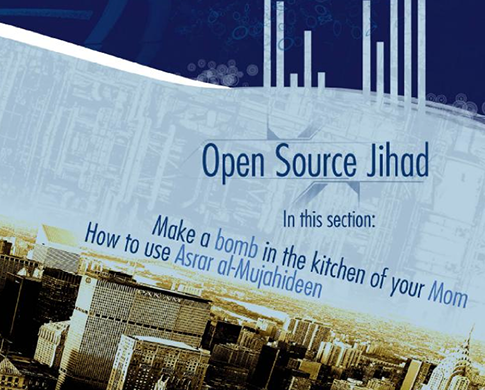 "My Muslim brother: We are conveying to you our military training right into your kitchen to relieve you of the difficulty of traveling to us," the article states, adding that "all that you have to do is enter your kitchen and make an explosive device that would damage the enemy."

The article notes ingredients for kitchen-made bombs are readily available and do not raise suspicion and can be easily disposed if authorities conduct a search.

The Inspire article says gunpowder placed in a pressure cooker can be used as a bomb.

"Place the device in a crowded area," the article said. "Camouflage the device with something that would not hinder the shrapnel such as cardboard."

"You need to also include shrapnel," the article said. "The best shrapnel are the spherical shaped ones."

Also, "sniffing dogs are not trained to recognize them as bomb making ingredients," the article says.

"In one or two days the bomb could be ready to kill at least 10 people," the article said. "In a month you may make a bigger and more lethal bomb that could kill tens of people."

The article went on to explain that two types of explosions can be made from kitchen materials, chemical and mechanical blasts, and revealed how to make a pipe bomb from match heads and sugar.

In other developments, FBI official DesLauriers told reporters in Boston that there were "no known additional threats" of further bombing attacks. The FBI is following leads.

President Barack Obama, who on the day of the attack did not identify the bombing as a terrorist strike, appeared before reporters on Tuesday to say the blasts were "an act of terror."

"What we don't yet know, however, is who carried out this attack or why, whether it was planned and executed by a terrorist organization, foreign or domestic, or was the act of a malevolent individual," he said.

The president denounced the attack as a "heinous and cowardly act" and said, "The FBI is investigating it as an act of terrorism."

"Any time bombs are used to target innocent civilians, it is an act of terror," the president said.

The Tehrik-i-Taliban (TTP) terrorist group in Pakistan, which has been linked to the 2010 bombing plot in New York City, denied it was behind the Boston explosions.

""We believe in attacking US and its allies but we are not involved in this attack," (TTP) spokesman Ehsanullah Ehsan told Agence France Presse.

A review of jihadist web sites and Twitter feeds revealed that many Islamists celebrated the Boston bombings, noting that security of a major sporting event had been breached by the attacks.

Authorities in London, meanwhile, are increasing security for that city’s marathon, set for April 21, fearing an attack similar to the bombing in Boston.

One jihadist identified on Twitter "Nasir Qa'idat al-Jihad" said the attack was significant for breaching security at a major event in the United States and that whoever was behind the attack was not as important.