Survivors of communist regimes warn that as Marxist ideology strengthens its grip on the left, Americans must defend freedom of speech and religion, or they will lose the ability to educate their children.

Marxism has gained a foothold in the American education system through the rise of cancel culture, revisionist history lessons, critical race theory, and divisive gender ideology, survivor of Albanian communism Merita McCormack said Thursday at the Victims of Communism Museum in Washington, D.C. The museum, which is organized by the Victims of Communism Memorial Foundation and opens to the public on June 13, seeks to educate Americans on the 100 million lives taken by communism, the efforts of those who have taken a stand against the ideology, and those who resist communist regimes today. McCormack told the Washington Free Beacon she hopes to protect the next generation from the evils she was exposed to growing up in a communist nation.

"Politically and ideologically, Marxism leads to totalitarianism," McCormack said. "Parents must teach their children what is true, right, and just, and they must be well informed and have a strong voice in what students learn at schools. Public universities must be held accountable to taxpayers for what they teach."

The coronavirus pandemic, McCormack said, unveiled the extent of Marxist ideology in public education, which is undermining religious freedom and free speech, as well as the role of parents.

"The pandemic was a heavy cross for this nation as it was for the world, and during the pandemic parents figured out what their children were learning in school," McCormack said. "Schools should be an extension of family education and should be in harmony with the family. Sadly, currently one can say that we have the American version of Marxism."

The dangers of communism are self-evident, McCormack said, but the ideology has captured much of the left and forced anticommunists to live on the defensive. Members of the left increasingly support Marxist ideology, according to a Data for Progress poll conducted in January that showed Democrats prefer democratic socialism to capitalism.

Aldona Wos, a former U.S. ambassador to Estonia who immigrated to America from Poland's communist regime as a child, said Americans must stand against Marxism just as anticommunists have in the century since Russia's Bolshevik Revolution.

"The greatest danger of communism is that it is an ideology built on lies," Wos said, "and you must have education to understand that it is a lie." 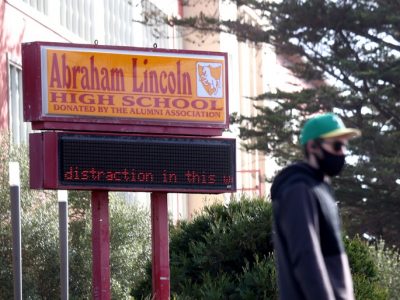 Less Than Half of San Francisco Students Are High-School Ready. More Than a Fourth Are Chronically Absent.

Maryland Elementary Schoolers To Learn About Privilege and Systemic Racism 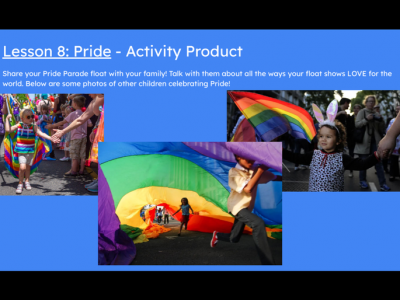