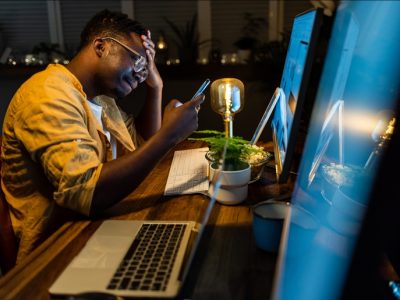 Longtime AFL-CIO president Richard Trumka died suddenly at age 72, leaving a crucial labor position open that could spark a power struggle within one of the Democratic Party’s closest allies.

Trumka had served as the president of the AFL-CIO and its 12 million members for more than a decade. Rumors circulated over the past year that Trumka would retire, which began a political battle over who will lead the influential group. Progressives hope for a more modern, liberal candidate to succeed the veteran labor leader as the group continues to lobby Congress to pass historic pro-union legislation.

"The labor movement, the AFL-CIO, and the nation lost a legend today," the AFL-CIO said in a press release. "Standing on Rich’s shoulders, we will pour everything we have into building an economy, society, and democracy that lifts up every working family and community."

The AFL-CIO donated more than $1 million to Democratic candidates in 2020, according to the Center for Responsive Politics. Its affiliated super PAC, For Our Future, spent nearly $100 million to boost liberal candidates from 2016 to 2020.

This is devastating news! @RichardTrumka was one of the greatest advocates of working people in this nation! He was a friend to all.

We will miss you my friend! https://t.co/pOVEGsS8DI #RIP

President Joe Biden called Trumka a "close personal friend" on Thursday when he learned of his death. Trumka’s son, Rich Trumka Jr., was appointed by the White House to the Consumer Product Safety Commission in July. Trumka spent his final days advocating for Congress to pass the PRO Act, which requires union dues as a condition of employment, along with other favorable union protections.

Liz Shuler, the AFL-CIO secretary-treasurer, has expressed interest in running to succeed Trumka, but may have to run against at least one candidate looking to shift the union in a more progressive direction. Sara Nelson, president of the Association of Flight Attendants, announced in 2019 that she is weighing a run to be the new head of the union and its coalition of 56 labor groups. Nelson’s candidacy has drawn attention in liberal media circles because of her ties with progressive Democrats such as Sens. Bernie Sanders (I., Vt.) and Elizabeth Warren (D., Mass.).

Born in Pennsylvania, Trumka rose to power as a labor leader for the United Mine Workers. As he worked his way up to the AFL-CIO, he quickly became a national icon in labor circles.

"Rich Trumka was our brother in the truest sense of the word. His sudden passing is a tremendous loss for the entire labor movement, and for working families across the country," Randi Weingarten, president of the American Federation of Teachers, said in a statement. "If you have to be in a war, you want to be in the trenches with Richard Trumka."