Daily Northwestern editor in chief Troy Closson hid inside his office on Tuesday rather than answer questions from the Washington Free Beacon.

Though Closson urged critics to direct questions and criticism toward him—rather than his newspaper colleagues—he declined to tell the Free Beacon how the newspaper over-corrected when it issued an apology for covering student protests related to former attorney general Jeff Sessions's visit to campus.

Closson, whose colleagues insisted he was not present when the Free Beacon visited the paper's office on Tuesday and was not coming in to work, was nonetheless spotted walking from room to room. He eventually emerged to say he was "focusing on his own health" rather than answering questions about the newspaper's coverage of the protests, which has garnered national attention.

Up until the moment he came forward to decline comment, Closson's colleagues insisted he was not in the office. Closson said Wednesday via email that he did not arrive in the newsroom "until the evening," though the Free Beacon spotted him in the office several times throughout the afternoon. He did not respond to a request for comment about why his colleagues appear to have misled the Free Beacon about his whereabouts.

The Daily Northwestern, the university's paper, is run by students but is not officially affiliated with the university. Northwestern's Medill School of Journalism has long been one of the nation's top ranked journalism schools. The paper's coverage of a campus visit by the former attorney general and Alabama Senate candidate, who was hosted by the Northwestern College Republicans, became the subject of controversy when Closson and his colleagues issued an apology for publishing photographs of students protesting Sessions's speech; for texting student protesters for comment; and for retroactively granting the protesters anonymity in order to shield them from disciplinary action.

Student activists had complained, according to the paper, that the photographs published on the Twitter feeds of reporters were "retraumatizing and invasive." Others had expressed outrage about receiving unsolicited text messages after their phone numbers were obtained from the university directory.

"Ultimately, The Daily failed to consider our impact in our reporting surrounding Jeff Sessions. We know we hurt students that night, especially those who identify with marginalized groups," the paper's top editors wrote. "As a campus newspaper covering a student body that can be very easily and directly hurt by the University, we must operate differently than a professional publication in these circumstances."

The editors' decision to issue an apology was condemned by many professional journalists and Medill alumni. The dean of the Medill School, Charles Whitaker, stood by the paper's original reporting even as the editors backed away. In a statement, Whitaker said that "it is naïve, not to mention wrong-headed, to declare, as many of our student activists have, that The Daily staff and other student journalists had somehow violated the personal space of the protesters by reporting on the proceedings, which were conducted in the open and were designed, ostensibly, to garner attention." The paper's editors, Whitaker said, were "beat into submission by the vitriol and relentless public shaming they have been subjected to since the Sessions stories appeared."

Since Sessions' speech and the ensuing protests, a group of concerned alumni have voiced their displeasure with the university's response, writing Northwestern University president Morton Schapiro an open letter to express their "extreme shock and dismay" at what they characterized as the university's "violent and repressive response" to the protests. Schapiro has dismissed the complaints, telling one letter signatory that her version of events "isn't in fact what happened here." 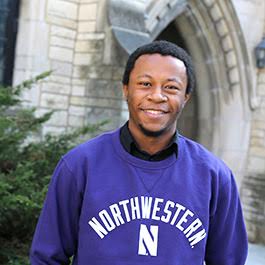 In a series of tweets on Tuesday, Closson said that, despite issuing a public apology indicating that the paper had "hurt students," the paper stood by its reporting. At the same time, he said, he and his colleagues "over-corrected" for their mistakes, though he did not specify how.

"The last thing I want to say is that I hope in providing critiques and feedback of our statement, you can direct that toward me. The other staff members whose names are on it don't have the final say, I do. I can live with the consequences of that, but they shouldn't have to," Closson wrote.

After telling the Free Beacon that she would pass along an interview request to Closson, who she said was out of the office, Closson's newspaper colleague—who declined to provide her name—said that Closson had already spoken to the Washington Post and would not be granting additional interviews.

A Free Beacon reporter, who spent three hours camped outside the student newsroom, later overheard the unidentified woman telling colleagues that the Chicago Tribune and the Washington Post, two national outlets that covered the Sessions fracas, were hypocritical and that the Tribune in particular had "no right" to criticize the Daily given its own reportorial missteps.

When Closson emerged from the office, he declined to answer questions, telling the Free Beacon he was focusing on his health. He said he would reconsider the request in the coming days.

Asked for additional comment on Wednesday, Closson referred the Free Beacon back to his Twitter feed as well as to his comments in the Washington Post and the Associated Press.